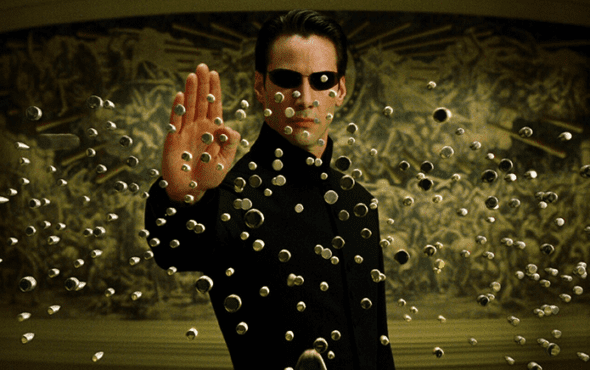 “For Lilly to come out and share that with us, I think is cool.”

Keanu Reeves didn’t know about the deeper meaning behind The Matrix franchise.

In a recent interview with Netflix Film Club, director Lilly Wachowski admitted that she and her sister Lana – who are both trans but weren’t out at the time of the film’s release – crafted the film with a trans narrative.

“I don’t know how present my transness was in the background of my brain as we were writing it. It all came from the same sort of fire that I’m talking about. Especially for me and Lana, we were existing in this space where the words didn’t exist, so we were always living in a world of imagination.”

She added: “We were always living in a world of imagination. That’s why I gravitated toward sci-fi and fantasy and played Dungeons and Dragons. It was all about creating worlds. It freed us up as filmmakers because we were able to imagine stuff at that time that you didn’t necessarily see onscreen.”

Speaking with Yahoo about his upcoming sci-fi/comedy Bill & Ted Face the Music, Reeves said: “I never spoke to Lilly about that, she never conveyed that to me. I think The Matrix films are profound, and I think that allegorically, a lot of people in different versions of the film can speak to that. And for Lilly to come out and share that with us, I think is cool.”

The series depicted a dystopian future in which all of humanity is unknowingly trapped inside a simulated reality called The Matrix. Reeves led the franchise as Neo, a computer hacker who discovers the truth and leads an uprising against the intelligent machines harvesting the humans’ bioelectric power.

Several elements of the films have been pointed out by fans as representations of the trans experience, such as how Neo’s friends insist on calling him by his chosen name while authorities continue to use his birth name, Mr Anderson – similarly to how trans individuals are dead-named.

Lilly said the Matrix itself “was all about the desire for transformation, but it was all coming from a closeted point of view.”

She continued: “I love how meaningful those films are to trans people and the way that they come up to me and say, ‘These movies saved my life.’

“When you talk about transformation, specifically in the world of science fiction, which is just about imagination and world building and the idea of the seemingly impossible becoming possible, I think that’s why it speaks to them so much.”

Lilly also revealed that Switch, a character played by Belinda McClory in the first film, was originally supposed to be a man “in the real world” and then “a woman in the Matrix,” saying that’s where her and Lana’s “headspaces were”.

Last year, The Matrix 4 was confirmed with Lana back as director. Reeves, Carrie-Anne Moss, Jada Pinkett Smith, and Lambert Wilson will return as their iconic characters.

“We could not be more excited to be re-entering ‘The Matrix’ with Lana,” said Toby Emmerich of Warner Bros. Picture Group. “Lana is a true visionary — a singular and original creative filmmaker — and we are thrilled that she is writing, directing and producing this new chapter.”