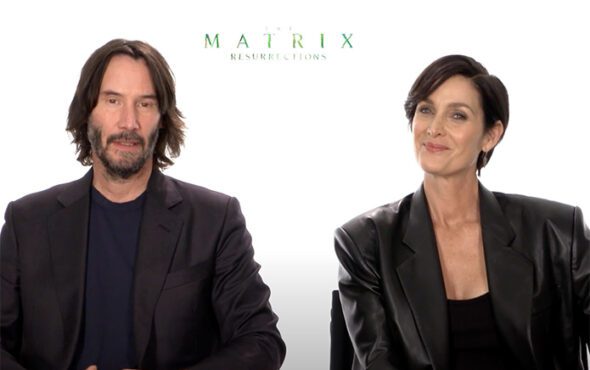 After more than 18 years, Keanu Reeves and Carrie-Anne Moss are stepping back into The Matrix.

The actors will reprise their roles as Neo and Trinity in The Matrix Resurrections, the fourth instalment in the series and one that sees them in even bigger action sequences than before.

Speaking to GAY TIMES, Carrie-Anne admitted that she never ever expected to reprise her role as the ass-kicking heroine known in the Matrix as Trinity.

The pair also discuss what it was about Lana Wachowski’s new story that made them want to sign up for another movie, which gravity-defying action sequence was their favourite to film, and whether this latest instalment poses any new philosophical questions.

In an interview with GAY TIMES, Jonathan Groff, Neil Patrick Harris spoke about the “queer energy” that has emerged from The Matrix series over the years, as well as fans spotting that its an allegory for the trans experience.

The Matrix Resurrections in in cinemas now and available on HBO Max in selected territories.

Watch our full interview with Keanu Reeves and Carrie-Anne Moss below: