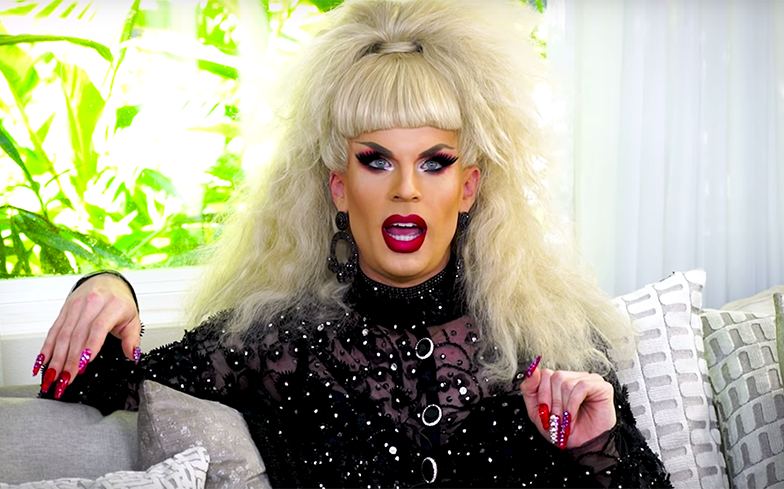 Katya has given her opinion on the infamous Drag Race confrontation between RuPaul and Pearl.

For the latest episode of Joseph Shepherd’s digital series Exposed, the self-described “Russian hooker” – who appeared on the show’s seventh season and All Stars 2 – spilt some major T about her time on the Emmy-winning show.

“I get on with everybody at home, even the trolls, the whores, the rotted skanks who had nothing to offer. I couldn’t deal with it. I swear to god, I heard Violet say, ‘Well, looks like we needed a filler queen,’ or something like that. I think she did. It was awful.”

Commenting on the negative reception of season seven, Katya opined: “I think the general consensus now among the super-fans of the show is that it is a season of great potential in not good challenges. It was a season of unused talent.”

Season seven saw more fashion queens than the show had ever produced before, but according to Katya, their abilities were wasted on “acting challenges where you really don’t bring a lot to yourself, especially your original creativity”.

“A lot of it just didn’t read at all,” she continued. “It just made the season not so good.”

Shepherd then questioned Katya on the comments her fellow contestant Pearl said of RuPaul.

Last year, Pearl recalled an off-camera moment with Ru that ‘broke her spirit’ and caused her to be so blasé on the show.

When asked if Katya’s experience with the host was similar, she responded: “Mine was worse, but I have enough couth to not bring Ru into it. I was there that day and I remember it very vividly, the feeling of it.

“She and Max were over on the couch and I was at the workroom table, closest to them. My perception of Ru is… I watched your interview with Pearl and she says it best: don’t meet your heroes.

“One thing that immediately comes to mind is about expectations and there’s a great saying, ‘Expectations are premeditated resentments.’ I can imagine Ru saying what she said to Pearl in a lot of different ways, and I’m not saying she made it up.”

However, Katya said “Ru is amazing” and recalled a hilarious experience they had when she walked past her in the restaurant. Katya looked at her and gasped, to which Ru stared at her deadpan and raised his middle finger.