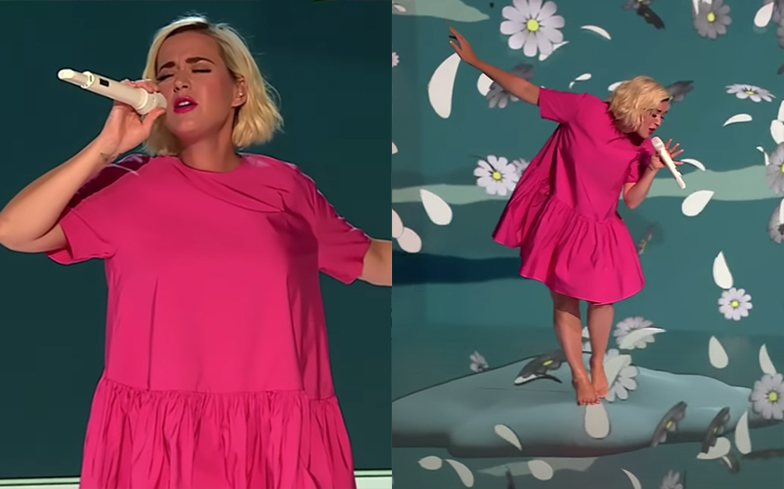 Katy Perry did what? THAT.

Despite being stuck at home due to the coronavirus pandemic that’s swept the globe, Katy continued to prove she’s one of the best pop stars we have with a stunning American Idol performance over the weekend.

The power of visual effects and virtual reality brought the singer’s first TV performance of new single Daisies to life, as she began on the Idol stage before running around a cartoon house and floating away on a cloud.

It’s the kind of quirky creativity fans have come to expect from Katy, and shows that with the right technology an amazing live performance can still happen even when the world’s on lockdown.

“I just filmed it the other day on this incredible new technology; it’s augmented reality and virtual reality on a green screen. Someone set it up for me, I went in there, I filmed it, and then I left,” she told Variety of the performance.

“It was wild, I’m doing so many jobs now, I’m the stylist, I’m the make-up artist, I’m the hair stylist – it reminds me of actually when my career was just starting, that’s what you have to do. I’m glad I did it one time before so I know what to do.”

The performance went down incredibly well with viewers at home, who took to Twitter to share their praise for the music superstar.

“Katy Perry is not only pregnant but quarantined at home and still delivering quality performances like this. A real pop star,” tweeted one fan, while others called it “one of her best performances” yet.

Watch Katy’s performance of Daisies here or below.