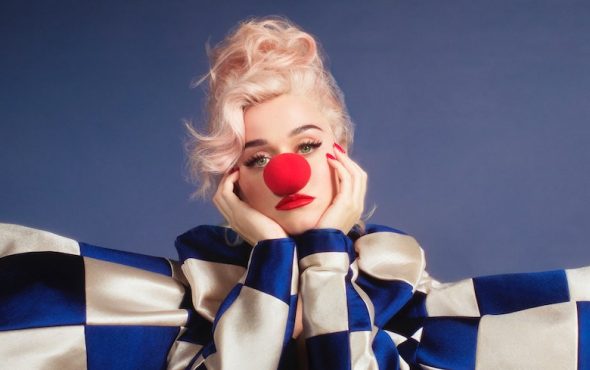 The uplifting, infectious pop anthem reflects on how the star has persevered and “got back that smile” after suffering obstacles where everyday felt like “Groundhog Day” and her “motions felt so fake”.

In a statement, Perry said: “I wrote this song when I was coming through one of the darkest periods of my life. When I listen to it now, it’s a great reminder that I made it through. It’s three minutes of energizing hopefulness.”

Smile will be included on Perry’s fifth album of the same name, which has a release date of 14 August. It will be her first full-length collection since 2017’s Witness, which spawned singles such as Chained to the Rhythm, Bon Appétit and Swish Swish.

The album will also include empowering anthem Daisies, as well as her acclaimed power pop track, Never Really Over. It hasn’t been confirmed if standalone singles such as Small Talk, Harley’s in Hawaii and Never Worn White have made the cut.

Perry unveiled Smile’s official album artwork earlier this week – which sees her embodying the essence of a depressed clown – and said the record is her “journey towards the light – with stories of resilience, hope, and love.”

Smile is now available on iTunes and streaming services – listen here on Apple Music or below.