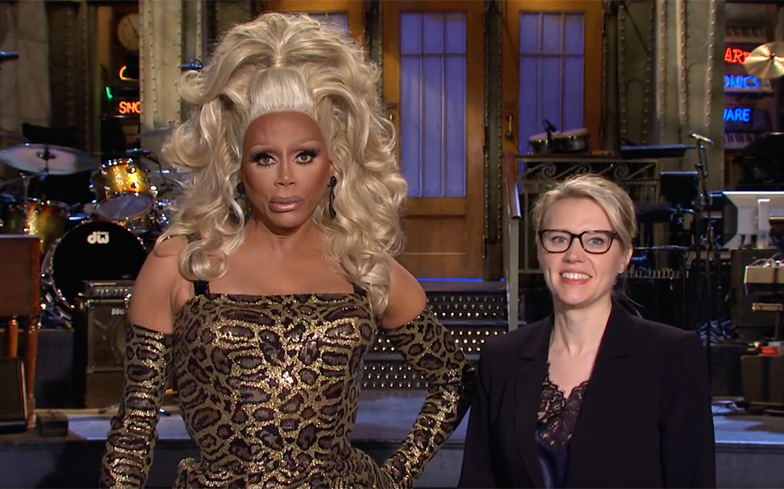 Kate McKinnon has joined RuPaul in a hilarious promo for his SNL debut.

The Emmy Award-winning Drag Race host tells viewers to tune in this Saturday (8 February), before a starstruck Kate proceeds to sing RuPaul’s praises and tell him that he is “the most beautiful woman I’ve ever seen”.

“I just rolled out of bed and put a little mascara on and I’m werqin!” replies Ru. “This is mostly bone structure… and glue.”

RuPaul will be making his debut on the series alongside musical guest Justin Bieber (what a combo, eh?) to promote the highly-anticipated 12th season of Drag Race and his brand new Netflix series, AJ and the Queen.