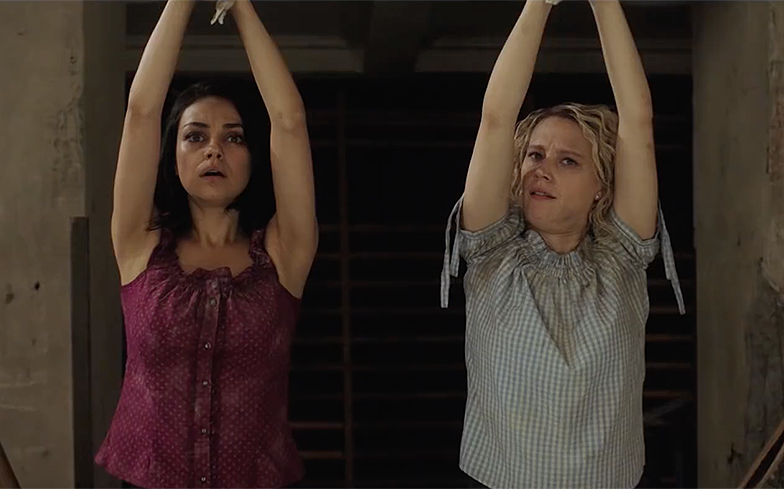 This is the female-led action/comedy we all deserve.

The first trailer for Kate McKinnon and Mila Kunis’ action/comedy – The Spy Who Dumped Me – has *finally* debuted.

McKinnon and Kunis star as Morgan and Audrey, two BBF’s who are drawn into the world of violence and espionage when they discover Audrey’s ex-boyfriend (Justin Theroux) works for the CIA. Their survival skills are put to the test when they find themselves on the run from a bunch of assassins. Y’know, the usual.

Life Partners’ director Susanna Fogel co-wrote and directed the highly-anticipated film. In an interview with Entertainment Weekly, she revealed her inspiration for the female-led comedy.

“We were at lunch one day and one of us said, “Broad City meets Bourne Identity,”” recalled Fogel. “Our jumping-off point was, What would we do if we had to run from the cops in, like, my Toyota Prius? What would we do if we were confronted with an assassin? We’d probably make fun of something he was wearing.”

She added: “Once I sat down with Mila I learned that she was a warm, funny, down-to-Earth person just like Kate.

“I suspected that they would like each other. It’s a weird guessing game: You sort of have to psychoanalyze them over coffee for two hours, do the same with the other person, and then decide that they’re not going to push each other’s buttons.”

The Spy Who Dumped Me hits cinemas 3 August. Watch the hilaaarious trailer below.