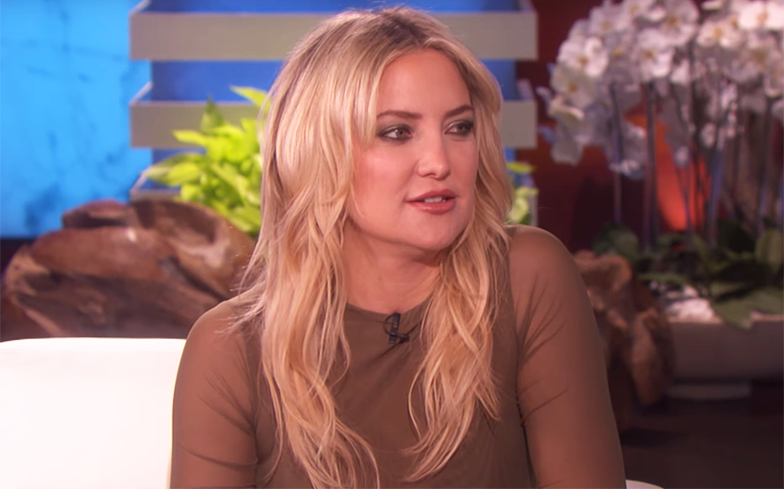 Kate Hudson has received an influx of hate on social media for raising her child genderless.

The American actress – who’s best known for her roles in films such as Almost Famous and Bride Wars – has two sons, and was asked by AOL if she had a different approach to raising her newborn baby girl.

“It doesn’t really change my approach, but there’s definitely a difference,” she said. “I think you just raise your kids individually regardless, like a genderless approach. We still don’t know what she’s going to identify as.

“I will say that, right now, she is incredibly feminine in her energy, her sounds and her way.”

“With the boys it was just like onesies. Actually, I did pretty good with the boys. But with her it’s a whole other ball game.

Since AOL’s interview went live, Kate has been blasted by narrow-minded people on her Instagram page.

“Your genderless attitude will turn your daughter into a psycho one day just like you,” said one user.

A majority of the comments are as hostile as the one above, with some people even calling her “sick” and an “attention seeking twat”.

Another wrote: “She is mentally abusing that little human being, so no, not her choice, and we as a society can decide and have an opinion in this matter if we are allowing another member to fuck up with this kids life.”

One person even called for the police to take her child away because she’s ‘abusing’ her daughter.

Kate is the latest celebrity to announce that she’s raising her child genderless. Pink and Paloma Faith have also stated this in the past.

Related: Merlot on femme-shaming and creating queer spaces for the LGBTQ community.