Kali Uchis on her LGBTQ icons and genre-defying debut album 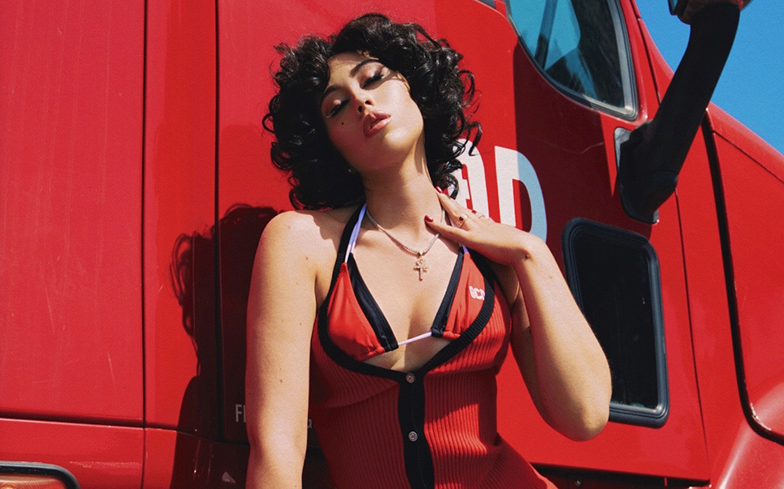 “For me, making music is about feeling free and not feeling the need to assimilate to anybody’s standards.”

If you had to fit the record into one category, a genre, a box etc, you just couldn’t. While many artists find it impossible to stray from their chosen sound, the 24-year-old songstress manages to seamlessly intertwine R&B with neo-soul, bossa nova, reggaeton, hip-hop, funk and pop.

Kali tells us: “We are all subscribing to this system where, in order to be understood, we have to be pinpointed and distributed into a category. For me, making music is about feeling free and not feeling the need to assimilate to anybody’s standards.”

Gay Times caught up with the critically-lauded performer to discuss her incredible debut, her LGBTQ icons, and why she wants to challenge people’s perceptions of the music industry.

Congratulations on Isolation! It’s been so well received. How does it feel to have one of the year’s most critically-acclaimed albums?
Thank you! Well, I started writing music in my room and nobody even knew I did music. Not my family, not my friends, and I made the decision to share music randomly because it was always something really personal and private for me. I just write about own experiences and it’s just kind of an open diary for me, so to have people to take anything from my music is really humbling for me.

You wrote every song on the album. Is it important for you to share your own experiences?
Writing is very personal, and I’ve tried working with other writers but it’s been very difficult for me so I never ended up pursuing that. I tried it a couple times, and I wanted to be open to it, but it wasn’t for me. I think that’s because my music isn’t really geared towards being massively consumed on radio or in the pop world, it’s a reflection of me as an artist. All of it is so personal for me, which is why it’s crazy that I can share it to the world and have fans, people who support me. I don’t think I’ve reached my full potential and I still have a lot of room to grow, and I still have a lot more to share. To come as far as I’ve come, by being who I am, and by sharing my genuine story… I’ve never really had to have a gimmick, or have funding, I was never that person who came out the gate. It’s always been a build and a growth because of my fans and supporters because they’ve seen me come from the girl who was writing in her room and had a handheld camera, making my own music videos, and doing everything. Now, I’m able to have a band, and have great production on my shows, videos that have a bigger production. It’s just all been growing!

The album has so many different sounds. Who were your heroes and influences growing up?
I think the reason why I like to experiment with so many genres is because I’ve always been the type of person to listen to different types of music. I never really had just one genre that I liked. My mood can fluctuate a lot, and I’ve always used music as energy to shape my environment and my surroundings and to control how I’m feeling. I’ve always looked at artists for the energy they bring to the song, so that translated into me being an artist and why I don’t have just one genre. I think it would be nice to see more artists like that. Obviously it’s more difficult because we are all subscribing to this system where, in order to be understood, we have to be pinpointed and distributed into a category. For streaming platforms, or award shows or whatever, it has to be able to be put into a category, and I think it’s always gonna be a bit different for artists who don’t necessarily fit 100% into any category or necessarily subscribe to being in a box. I just feel like that really hinders growth for artists and obstructs the creative mind. You start thinking more about, ‘What is this gonna fit into?’ For me, making music is about feeling free and not feeling the need to assimilate to anybody’s standards or anyone’s idea of what a blank song is or whatever genre it is. I think that’s always been my general view on music.

If someone asked me to describe your album, I wouldn’t know what to say. It is truly diverse.
Yeah, and I think it’s more exciting to challenge people’s ideas, because it’s so easy for people to say, ‘She’s the next this’ or ‘She sounds like this’. It’s an easy and lazy way of trying to describe something. I think it’s a lot more exciting to challenge people’s perception about the artistry of music in general, and make people come up with more creative adjectives to describe music.

Do you think new artists these days are redefining what success looks like? It seems like artists can still stay relevant and maintain a career these days without performing well on the charts.
It’s definitely different than how it used to be, for sure. For me, I wanna be as big as I can possibly get and I wanna take my artistry and my music and everything to the greatest capacity that it can be. I was so honoured to go on tour with Lana Del Rey because she’s the artist who still has her fanbase and makes her money and is respected, but is a different kind of pop star. She’s her own artist, and she never had to subscribe to making pop music the way people expect. There’s plenty of people who aren’t mainstream household names, who we don’t know about or hear about, but still have such a strong influence on music, culture. It’s just different strokes for different folks. When I was growing up, I wasn’t listening to the top 40 or whatever, and what the rest of the kids in my school were listening to. I was more interested in artists that were… I never really cared what language it was in, or what genre it was. People would always look at my iPod and say, ‘What the fuck are you listening to?’ Now, looking back at the people I was listening to when I was a teenager, when I was a kid, it was really forward. It just depends on what kind of listener you wanna be, whether you wanna listen to the stuff that’s being shoved down your throat everyday by these big companies, or if you wanna listen to real artists. You released a full length album which is fab, because a lot of new artists have said they intend to just release EPs. Did you always want to release an album?
The full length album is definitely dying because things are so single based, and a lot of new artists are making their wave and putting their foot out with a single and having that popular song. For me, I just never considered myself a singles girl. I would never wanna be someone who just has one song and then be struggling or stressed to follow up that song. I’ve just always wanted to tell my story. When I drop singles from my project, I never really considered one song to be, ‘Oh, this is gonna be the song!’ That’s not what my career has ever been. It’s always been about growing, you know? Not just having one hit thing, where the label can turn me into something, because you just tend to fall off afterwards. You’ll be the hot new girl or the new whatever, and it’s like, that only lasts for so long where people have their hot little moment of what’s cute right now. To be an artist that continually makes people talk is more of an accomplishment.

You’ve got quite a big gay fanbase. Why do you think the community has taken a shine to you?
Honestly, I think energy reciprocates energy. I have a lot of gay family members. A lot of my aunts and uncles are gay. A lot of my cousins are gay, and I always grew up in a gay family. My dad… Well, I think my dad is straight! He’s also been super supportive of the gay community. When I was little, he used to take me to protests, he’s always been marching with the gays, and he always wore rainbow flags! Since I was very little, I always had a strong sense of not understanding why anyone would try and tell people what to do with their sexuality or their personal life.

I might be in love with your dad?
I know! He loves the gays, he lives for it. When we used to live in DC, he would always go to the marches and it made him so happy when gay marriage was legalised.

Growing up with so many gays in your family, did you have any LGBTQ icons?
I loved George Michael. He was a huge icon for our family because people always used to think my dad was George Michael! When my dad was younger, he looked exactly like George. People always used to stop us and get his autograph. His music is amazing, and I always used to love him as an artist. He was a person with such a big heart, and he was true to himself. There’s a lot of people in music, that were fluid about their sexuality and I was always drawn to them, like obviously Prince, Bowie. You never really knew or whatever, but they were themselves. It’s sad that back in the day, artists hid their sexuality for a while, because they didn’t wanna ruin their demographic, straight people who were fantasising about them. Now, straight people are so much more accepting, and they can finally look up to and admire a gay, lesbian or trans artist. That’s what is so special about the time we’re in now. Trump being president sucks, but it’s really nice that people feel connected to each other. We all hate him, and we’re so proud of each other’s individuality and the strength to be ourselves. I think that’s always been really important, and I’ve never seen it as strong as it is today.

Finally, what can fans expect from your upcoming tour?
Prepare to be snatched.