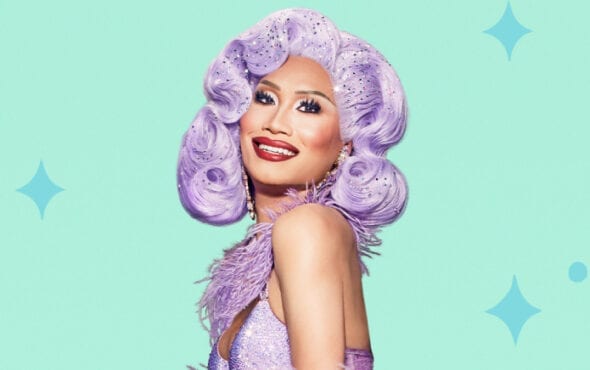 “We did not envision being in the bottom together.”

Kahmora Hall has reminisced on her “tough” Drag Race elimination.

Following three episodes of lip-sync smackdowns and segregated musical premieres, Kahmora became the first contestant to sashay away from season 13 last month; joining an exclusive club of first-outs such as Porkchop, Shangela and Vanjie.

For Kahmora, her elimination was harder than anticipated due to the fact that she had to lip-sync against her Chicago sister, and closest friend in the competition, Denali.

“It was really tough because she is my close drag sister and we did not envision being in the bottom together, and I know she is such a fierce performer,” she star tells GAY TIMES after her exit. “I was also very limited with what I was wearing, but I was going to give it my all because I know that is what Denali would have wanted me to do.”

Although she was “dreading” the moment her elimination aired, Kahmora is relishing her time on the series because of the “love and support” she’s received from the fandom: “I feel like I should feel sad, but I just feel grateful that I had more than one episode to share a bit of my glam and drag with the world.”

Going into the competition, Kahmora admits she felt pressure to live up to the reign of her sister Jaida Essence Hall, who memorably conquered the previous season of RuPaul’s Drag Race over Gigi Goode and Crystal Methyd.

“I knew the judges and contestants were going to have their eye on me,” she states. “But I knew this was my moment to shine. I wanted to uphold the family name, but at the same time I came on the show to start my own legacy.” Post-Drag Race, Kahmora plans to “dip” her toes into the fashion and makeup industries and, as a self-described “huge nerd”, wants to launch her own channel on Twitch. She tells us: “I have a lot of great things coming up so follow me on all social handles to stay up to date!”

On this week’s episode, the 11 remaining competitors will funk it up in a disco-dancing documentary, complete with 70s-inspired runways. Celebrity Drag Race album Loni Love will once again join the judging panel.

To hear our thoughts on the new season of Drag Race UK, subscribe to Snatched! an original podcast from GAY TIMES. Each week, we dissect all of the drama and conflama of the latest episode and chat with the eliminated queen, who spills all the T on their exit and time on the series. Snatched! is now available on all streaming services including Spotify and Apple Podcasts.