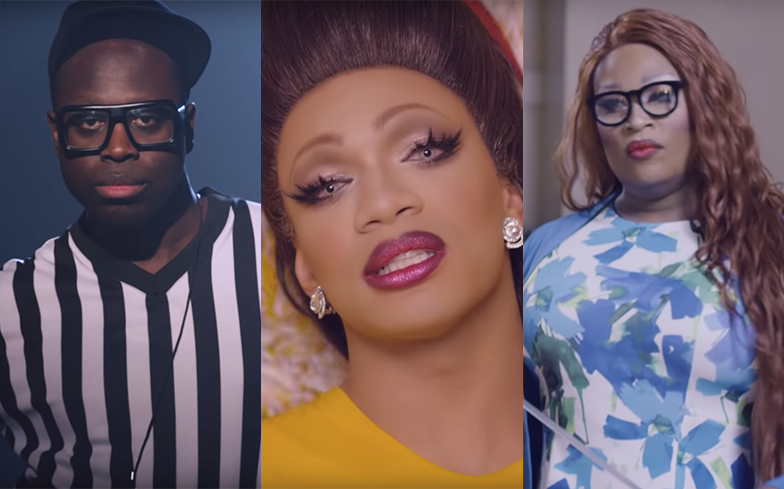 Kahanna Montrese has enlisted the help of several Drag Race queens for her debut music video.

In the clip for the sickening dance-rap anthem Scores, the Las Vegas-based performer is joined by alumni such as Bob the Drag Queen, Manila Luzon, Sharon Needles, Nina West, Peppermint and Trinity The Tuck.

The queen stars as a jock and a cheerleader during several gag-worthy scenes, which take place at Montrese High School, and we’re gonna go as far to say that it’s one of the best music videos ever released by a Drag Race contestant.

The budget is there honey! Watch below.

In the latest episode of RuPaul’s Drag Race, Kahanna was eliminated in 14th place after losing out to Mercedes Iman Diamond in a jaw-dropping lip sync to Britney’s job-hunting anthem, Work Bitch.

Watch the queen perform flip after mothertucking flip below.

Related: Drag Race star Mercedes reveals she had a stroke after being racially profiled.