K.Flay shines a light on climate change in Not in California video 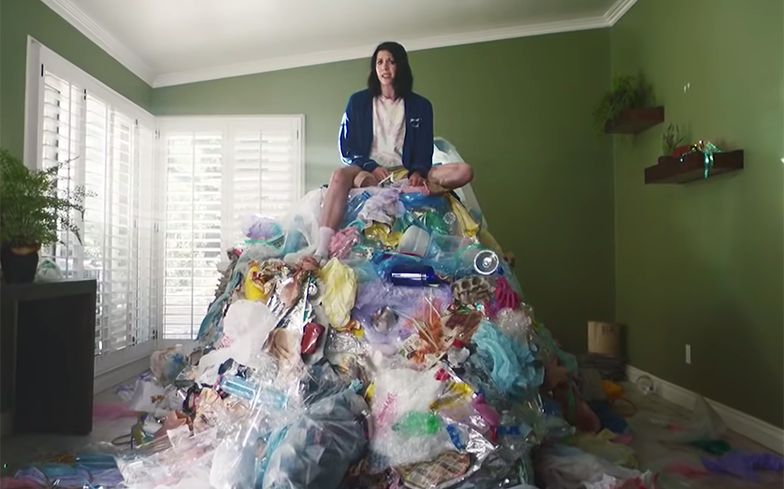 K.Flay has shared the fantastic video for her new single Not in California.

The American singer-songwriter, who’s been known to use her platform to speak out on political issues and to advocate for equality, shines a spotlight on the collective inaction against climate change in the incredible visual.

It debuted – not on coincidence – on the same day as the United Nations’ global climate summit and depicts a futuristic world in which we’re surrounded by trash and blind to the impact it has on our society.

“The birds all died and the trees caught fire and the government, it called us crazy,” she sings on the alternative anthem. “We built a big world, then we watched it all burn ’cause the television made us lazy.”

Not in California is the third single taken from K.Flay’s third studio album, Solutions – watch below.

When we spoke to the star earlier this year, she said a change “has to happen” in the United States because there’s an “incredible disconnect between people who have political power and the people who are governed by that political power”

“It’s begun to happen in the US in terms of a lot of younger people, people of colour, women running for office,” she told us. “We have to have real threats to our democracy and freedom in order to motivate change.

“I’m excited to see governments that feel similar to the world in which I live.”

She also discussed the importance of diverse representation, how her first queer romance with fellow artist Miya Follock influenced the album’s themes, and why she was hesitant to publicly live her truth as a member of the LGBTQ community.