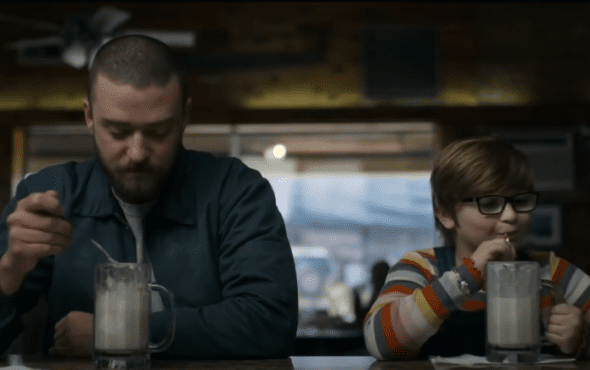 Justin Timberlake plays an ex-convict who ends up raising a gender-nonconforming son in Palmer.

In the new trailer, we see Timberlake’s character Eddie Palmer return to his hometown after a stint in prison.

After getting reacquainted with his old life Palmer is introduced to Sam a young boy whose mother abandoned him.

The rest of the trailer showcases Palmer and Sam learning from each other differences.

“Kids are mean, especially when they see something they ain’t used to seeing,” Palmer says to Sam.

From its emotional story to its inspiring message, Palmer will definitely pull at the heartstrings.

Speaking with People, director Fisher Stevens says the film is “about acceptance, forgiveness, and love.”

He continued: “Two people who ordinarily would never come together, find themselves under one rook to find the family they never had.

“For me, the story strikes a very personal chord and I was so lucky to have gotten to work with Justin Timberlake who along with newcomer Ryder Allen, and the whole amazing cast bring this beautiful story to life.”

Palmer will premiere on Apple TV on 29 January.

Make sure to check out the full trailer below.