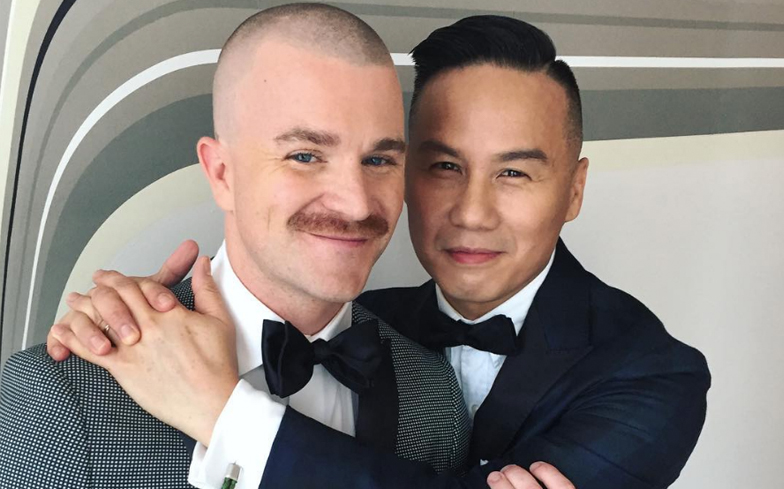 Congratulations are in order for actor BD Wong and his partner Richard John Frederickson Schnorr.

The couple tied the knot during an intimate ceremony in Brooklyn on Sunday after eight years of being together.

They first met at a singles event back in 2010, reports The New York Times.

Schnorr posted a picture of the moment they kissed during the ceremony on Instagram, thanking everyone for their kind words.

“It really kinda is the happiest day of your life,” he wrote. “Thanks to my family and friends for the love and words and support and dance moves.”

Most notably, he portrayed Dr. George Huang on Law & Order: Special Victims Unit, as well as continuing as Dr. Henry Wu in both Jurassic World films after featuring in 1993’s Jurassic Park.

Other credits include voicing Shang in Disney’s Mulan, and appearing in hit TV shows Mr. Robot and Gotham.