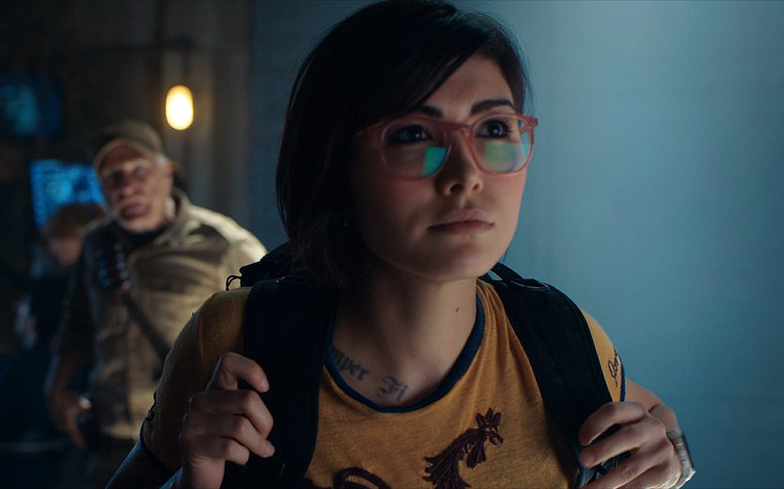 Daniella Pineda – who plays paleo-veternarian Dr Zia Rodriguez – revealed to Yahoo that Fallen Kingdom originally contained a scene in which her character reveals she is a lesbian.

The Mexican-American actress said the scene occurred early on in the film, and saw her character get to know Owen (Chris) as they ride together in military transport on a rescue mission.

As they become acquainted, Zia told him: “I don’t date men, but if I did, it would be you. It would gross me out, but I’d do it.”

The scene was conceived by director J.A. Bayona and producer/co-writer Colin Trevorrow, but was cut because of runtime.

“Originally the cut was two hours and 40 minutes, and they were like, ‘This is too long,’” Pineda told Yahoo. She said the producers felt the scene wasn’t “relevant to the story, but it was a little glimmer into who she is.”

Jurassic World: Fallen Kingdom has so far grossed over $370 million worldwide – and it hasn’t even opened in the United States.

Jurassic World: Fallen Kingdom is out now in UK cinemas.