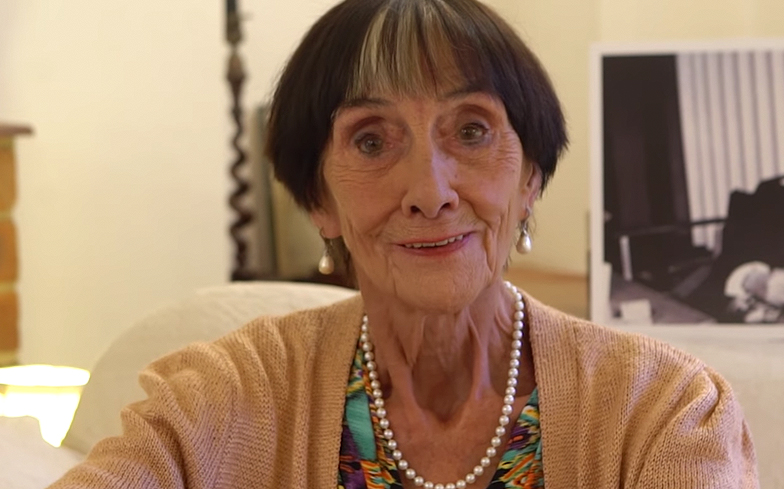 The Eastenders legend leads the group Love Against The Machine in a single that celebrates key figures and moments in LGBTQ history.

Some members of the group include Union J’s Jami Hensley, Marcus Collins, Tina Cousins, Eva Iglesias, Lenard Pink, James Hur, 4 Poofs and a Piano, and even the Cookie Monster.

Recently, the group released the music video for the single, titled Love Is The Only Law. The video explores key points in LGBTQ history, including the 1967 Sexual Offences Act – which had its 50th anniversary this year – which decriminalised sexual acts in private between two consenting males in the United Kingdom.

The lyrics celebrate the anniversary, saying: “Half a century to be free to love / Love is our inspiration / Five decades on, is that enough? /We’re moving in that direction / Love is the only law.”

Interspersed throughout the video are pictures of LGBTQ people kissing, and clips of marches protesting for better rights. The music video also sheds lights on the plights that the community faces today highlighting shocking statistics.

One of which is: “When a quarter of the world believes that being gay is a crime, punishable by flogging or death – is it any wonder 20% of the LGBTQI+ community have attempted suicide?”

And another is: “Nearly 50% of LGBTQI+ young people were bullied at school, 60% have self-harmed and many who survived were thrown out of their homes..”

The single was released in collaboration with The Albert Kennedy Trust, a charity which aims to provide shelter, mentoring and digital support to young LGBTQ people living on the streets or in hostile environments.

Statistics from their website estimate that nearly 25% of homeless people identify as LGBTQ, with over 75% of those believing that their coming out to their parents was the reason that they were made homeless.

If you want to see the music video, click below, and if you want to pre-order the single, you can do so here.

Love Is The Only Law will officially be released on 15 December.