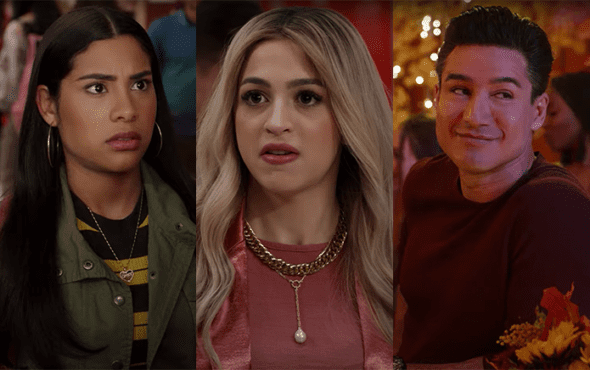 Josie Totah is giving us everything we need in the new teaser trailer for Saved by the Bell.

It will be revived on NBCUniversal’s new streaming service Peacock with a new batch of students, and will see the return of Lopez and Berkley as their career-making roles of Albert Clifford “A.C.” Slater Jessica “Jessie” Myrtle Spano.

The show’s official description reads: “When California governor Zack Morris gets into hot water for closing too many low-income high schools, he proposes they send the affected students to the highest performing schools in the state – including Bayside High.

“The influx of new students gives the over-privileged Bayside kids a much needed and hilarious dose of reality.”

Tracey Wigfield, executive producer, said the highly-anticipated series is less of a reboot and more of a “re-imagining”.

The 18-year-old actress will play the role of Lexie, who is described as a “beautiful, sharp-tongued cheerleader and the most popular girl at Bayside High who is both admired and feared by her fellow students”.

“Getting to play a transgender role on screen is obviously very rare,” said Totah. “There’s almost zero representation of people in the trans community. Growing up as a young trans girl, I feel that never seeing myself [on TV] made me never feel truly accepted by the world.”

The star, who has appeared in numerous TV shows including Jessie, Glee and Champions and appeared in Spider-Man: Homecoming, said the character’s story arc isn’t revolved around her trans identity.

“She’s in theater, evil and the most popular girl in school — she just happens to be transgender and I feel that getting to that is an incredible opportunity and I can’t wait for people to see themselves on screen in that way.”

Saved by the Bell will premiere later this year on Peacock – watch the new teaser trailer below.