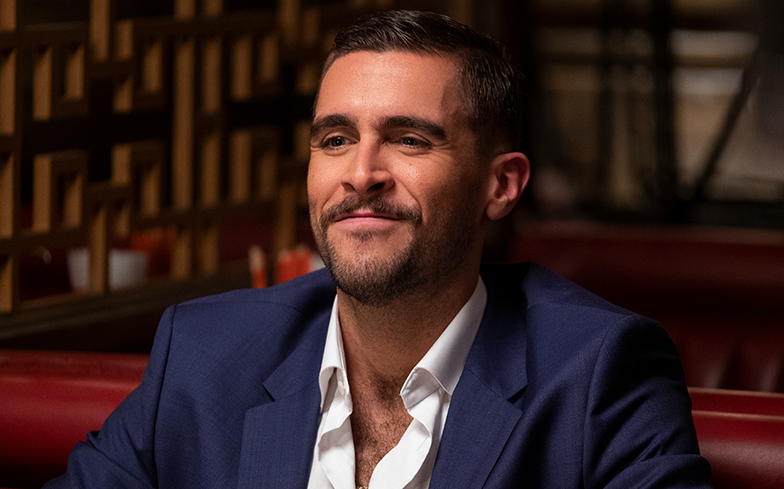 It turns out kissing RuPaul is a pretty big deal.

The Drag Race superstar recently launched her own Netflix series AJ and the Queen, where she plays down-on-her-luck drag queen Ruby Red who travels across America in a rundown RV accompanied by a wise-cracking 11-year-old orphan called AJ.

Josh Segarra, who you might also recognise from roles in Arrow and Orange Is The New Black, starred in the show as Ruby’s love interest Damien – who, it turned out, was actually a con artist who ran off with all of her money.

In an interview with NewNowNext, actor Josh spoke about what it was like to work with an icon like RuPaul, and how nervous he was to film their ‘steamy’ scenes together.

“Of course I was nervous to kiss RuPaul – that’s Mama Ru right there! I wanted to be respectful, but I also wanted to impress him,” he joked.

“I didn’t want him walking away, like, ‘That’s the best he’s got?’ So as with any character, I jumped in headfirst.”

Asked whether the drag superstar was a good kisser, Josh replied: “I don’t kiss and tell. Ru is such a great scene partner because he’s so supportive and trusting, but I think he was a little nervous, too.

“I remember on the days we had to be steamy, we were both giggling, making small talk, because it felt like we were about to go on a second date.”

Following a [spoiler alert!] near-death experience towards the end of AJ and the Queen, Josh’s character Damien comes to a realisation that he might actually have feelings for Ruby, and makes an attempt to turn things around.

Despite this, the show never puts a label on Damien’s sexuality, which is something Josh enjoyed about the script. So does he really love Ruby?

“He’s been putting on an act for so long, but now that he finally feels accepted and loved by somebody, he’s questioning things, wondering why he’s pushing that away,” explains Josh.

“He reacts violently while trying to figure out his emotions, what he’s really feeling, how to communicate, and you see this battle going on inside him. I love playing a character that you can’t quite figure out at first.

“People are more than one thing, and you see that in Damien and in so many of the characters. I hope the show sparks some of these conversations about who we really are and why we care so much about labels.”

Related: 5 most sickening moments from RuPaul’s new Netflix series AJ and the Queen