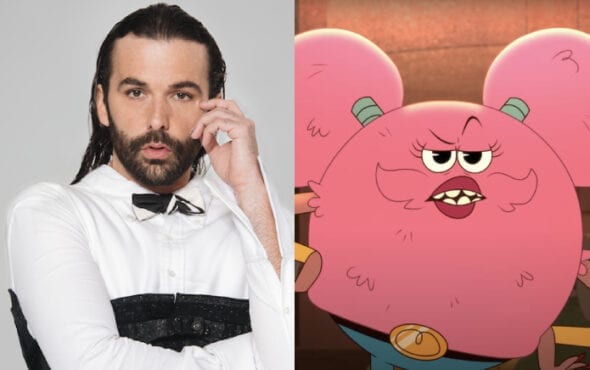 Johnathan Van Ness is stepping into the animated world with their latest role in the Netflix film, Arlo the Alligator Boy.

To celebrate the release of the film, Netflix released a scene featuring Furlecia in a wrestling match. The hilarious clip opens up with Van Ness’s character being stabbed with a pitchfork, stating: “Oh no, I’ve been straight-up stabbed in my love handles.”

Furlecia is then shown getting up off the ground, unfazed by the pitchfork.

“You better come with more than a cute little comb if you want to stop me,” she exclaimed. Hilarity ensues as Furlecia and her competitor get into a full-on brawl that features moves based on hair products.

The fabulous pink hairball wins the fight and suggests that her competitor gets some tea tree oil for his parmesan cheese looking scalp.

Arlo the Alligator Boy recently premiered on Netflix this past Friday (16 April).

The premise of the upbeat movie musical follows a half-human and half alligator who decides to leave his sheltered life in the swamp and search for his long lost father. During his journey, Arlo meets a group of misfits who quickly become his new family.

The artist and co-creator of the musical, Ryan Crego, opened up about the inspiration behind the 2D musical in a statement.

“The story of Arlo and his friends has been with me for nearly a decade, and I am beyond thrilled to finally have a chance to share his musical journey with the world,” he said.

“Arlo is a character who is so full of hope and overflowing with positivity, even when the odds are stacked against him.

“That optimism and joy is reflected in every song of the movie and the series, and we can’t wait for audiences around the world to sing along with him.”

Arlo’s adventures in the film will continue with a forthcoming animated comedy series titled I Heart Arlo. The series will follow the titular character and his newfound crew setting up shop in an abandoned seaside neighbourhood and help bring it back to life.

Watch the hilarious clip below.