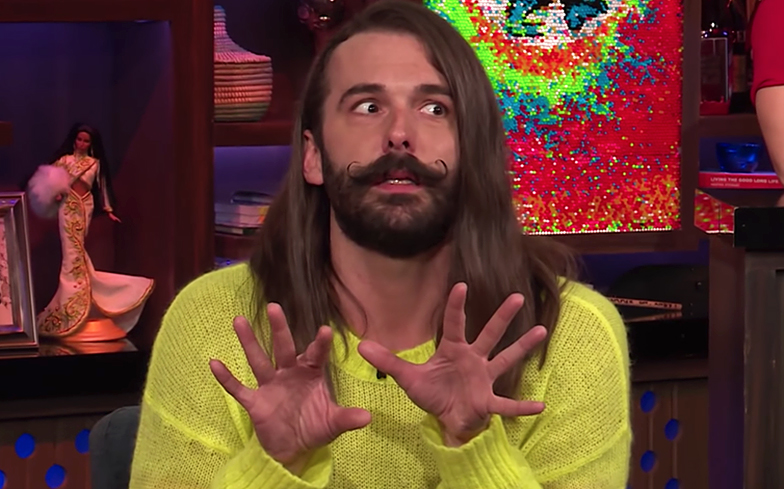 If you’re squeamish, now’s the time to look away.

During an appearance on Watch What Happens Live, Queer Eye’s resident grooming expert and all-round iconic diva Jonathan Van Ness opened up about the auditioning process for the popular Netflix show.

When Jonathan revealed that all the guys auditioning for Queer Eye stayed in the same hotel together, host Andy Cohen couldn’t help himself from asking if they were “all banging” each other.

“There was maybe one boy, he was actually a really nice man,” Jonathan teased.

“I’ll tell you later, it’s a good story. The [Fab Five] boys know, but they’ll never tell you, it’s very horrific. It’s horrific in embarrassing terms. It culminated in the most embarrassing end to a first date ever.”

Asked whether it involved either “pooping in your pants” or erectile dysfunction, Jonathan said it was “much worse” than that, before deciding to tell the story anyway.

“Okay, I’m gonna do it. There was – and it’s not me, it was the other person, honey – there was a Prince Albert [piercing] that was ripped out, before anything happened. The pants came out, and along with it…

“So I lovingly refer to the whole experience as bloodgate. It was very traumatic.”

Watch his interview below.