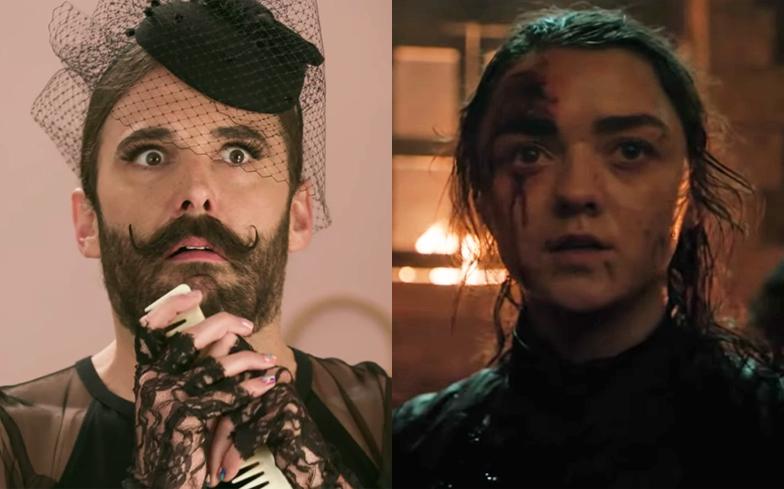 “I literally pooped my skirt!”

Smash hit TV show Game of Thrones has finally returned for its highly-anticipated final season, and that means that another one of our favourite series, Gay of Thrones, has also returned to our small screens – can we get a ‘yaaas queen!’ up in here?

This week’s episode of the hilarious recap show, which is fronted by Queer Eye’s hair expert Jonathan Van Ness, saw Bring It On star Gabrielle Union “take out [her] earrings to fight somebody” over the insane battle that went down in Winterfell this week.

Jonathan and Gabrielle discussed the return of “evil red riding hood” Melisandre, Theon playing “stab stab revolution” with the “white twerkers”, and “baby Kill Bill” Arya appearing out of nowhere and saving the day in that shocking final scene.

The episode also featured an In Memoriam segment to remember all those who fell in the battle, including Little Miss No Sunshine, Greasy Jennifer, Phil Collins, Jennifer Love Handles and Chris from HR (prizes if you can guess who they all are).

Standout quote: “So let me get this straight: Baby Kill Bill pops her cherry, and then shatters a motherfucking king off his patriarchal, nasty podium? That’s literally my perfect day.”

Watch this week’s Gay Of Thrones below.