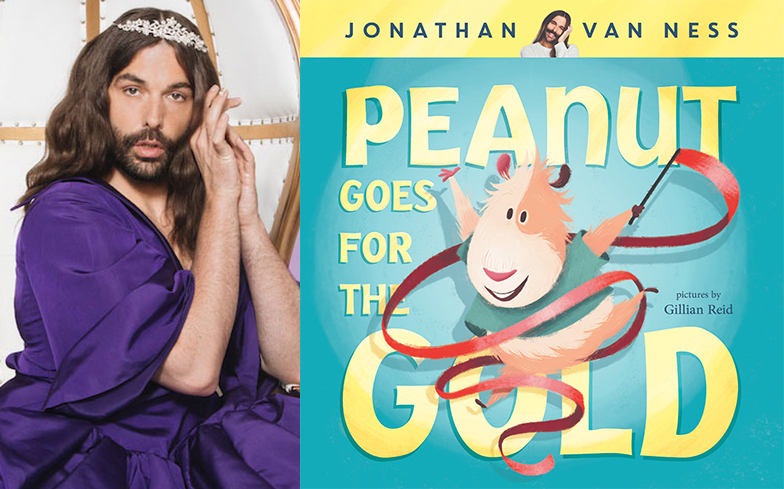 The style guru and Queer Eye mentor, who recently came out as non-binary and prefers to use he/him pronouns, will release Peanut Goes For The Gold through HarperCollins on 2 April this year.

It follows a gender non-binary guinea pig called Peanut who dreams of being a rhythmic gymnast.

“Peanut has their own way of doing things; whether they’re cartwheeling during basketball practice or eating banana pancakes on their birthday, Peanut is just Peanut even if others don’t always understand their style,” the book’s synopsis reads.

“So when they decide to become a rhythmic gymnast, they come up with a routine that they know is absolutely perfect, because it is absolutely, 100% Peanut.”

The book is illustrated by Gillian Reid, who has previously provided visuals for children’s books Kitty And Dragon and Nellie Nutgraf.

“With that being said, I’m so excited to announce my début children’s book, Peanut Goes for the Gold, an inspiring story of a guinea pig rhythmic gymnastics prodigy.”

It’s not Jonathan’s first foray into the publishing world – last year, he released his memoir Over the Top: A Raw Journey to Self Love, where he opened up about addiction and being a “member of the beautiful HIV-positive community”.