Jonathan Van Ness gets Netflix adaptation for Getting Curious podcast 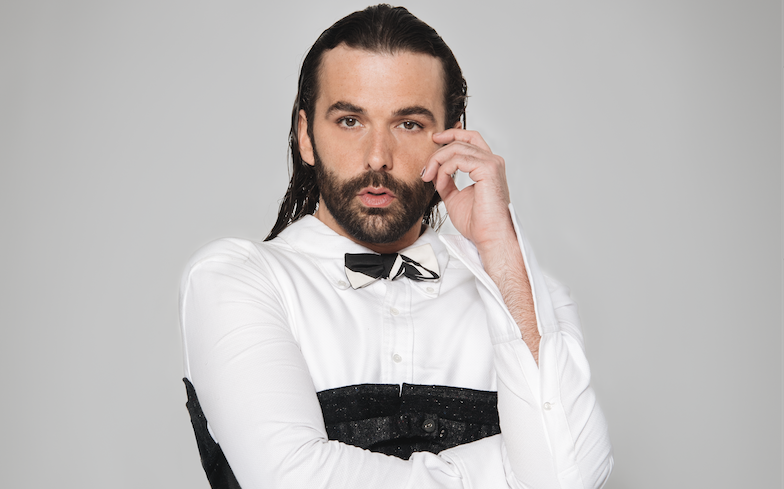 Queer Eye star Jonathan Van Ness has another Netflix series in the works based on his hit podcast.

According to a report from Entertainment Weekly, JVN will be adapting their popular podcast Getting Curious into a TV series.

Like the aforementioned show, the 34-year-old will explore societal topics while interviewing an array of experts from different career fields.

The official logline reads: “From skyscrapers to bugs, or from gender identity to snacks, each episode follows Jonathan as he meets with experts in various fields to uncover complexities in a wide range of subjects.”

World of Wonder, which is the production company behind RuPaul’s Drag Race, is set to produce the forthcoming series alongside the beloved Gay Of Thrones host.

Taking to Instagram, Van Ness expressed their excitement for the series in a lengthy statement.

“I have been working towards this moment for almost ten years and it’s finally here!! My first ever solo network TV project created and Executive Produced by yours truly is here,” they said.

“Getting Curious with Jonathan Van Ness is the TV adaptation of my podcast of the same name (Which coincidentally turns 6 years old today!).

“In each episode I take on a different question, going out into the world with multiple experts to get the answers we’re all (or at least I am) hungry for! Streaming on Netflix January 28th!”

Aside from the upcoming Getting Curious series, JVN is expected to appear in the sixth season of Queer Eye.

The new episodes are set to follow Van Ness and the other Fab Five members –Tan France, Karamo Brown, Bobby Berk and Antoni Porowski – as they take their message of inclusivity and self-love to their home base in Austin, Texas.

They will “scour the prairie in a search for a whole new roster of heroes in need of a little TLC.”

All five seasons of Queer Eye are available to stream worldwide on Netflix.

Watch the full trailer for season six below or by clicking here.