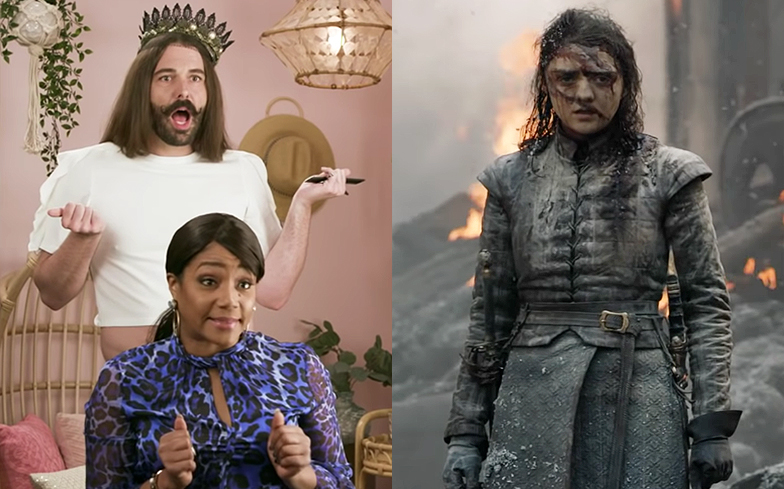 “Did that queen lose her damn mind, or what?!”

Smash hit TV show Game of Thrones has finally returned for its highly-anticipated final season, and that means that another one of our favourite series, Gay of Thrones, has also returned to our small screens – can we get a ‘yaaas queen!’ up in here?

This week’s episode of the hilarious recap show, which is fronted by Queer Eye’s hair expert Jonathan Van Ness, saw Girls Trip star Tiffany Haddish sit down for a kiki over the fire and brimstone that went down in King’s Landing this week.

Jonathan and Tiffany discussed Varys getting lit up “like a flat iron finger burn” by Drogon, poor Christina Aguilera aka Daenerys “flunking Winning Gracefully 101”, and Cersei and Jaime finding “a safe space to smash” in their crumbling castle.

Elsewhere in the episode, Jonathan takes the time to teach Tiffany about the importance of douching, and the duo share their theories on what might happen in next week’s finale. It’s sure to be a big one.

Watch this week’s episode of Gay of Thrones below.