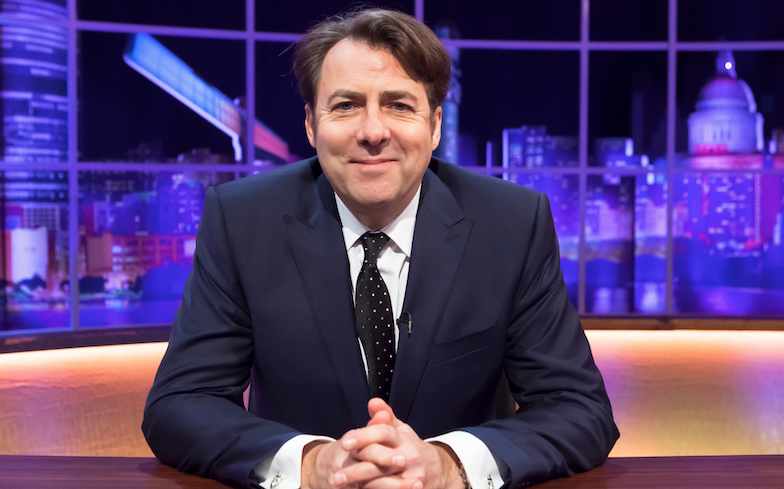 “I know you are paying a heavy price for this G, but I admire and applaud you.”

Jonathan Ross has been slammed for throwing support behind Graham Linehan’s anti-trans views.

Linehan, who is best known for creating Father Ted and The IT Crowd, was criticised last month after he compared Nazis conducting medical experiments on prisoners in concentration camps to doctors treating transgender children.

This week (17 March), the ‘comedian’ tweeted about a male celebrity friend of his who is trying to “shut him up” over his transphobic comments, saying: “It’s a f***ing laugh, standing up for women, I tell you whut.”

Ross then responded to Linehan’s tweet by saying he “admires” and “applauds” him. Gross.

“I struggle to understand the opinions of intelligent men I previously admired – Jon Ronson and Billy Bragg – that strike me as tragically ill-informed and depressingly self-aggrandising,” he wrote.

“I know you are paying a heavy price for this G, but I admire and applaud you.”

Both Jon Ronson and Billy Bragg have openly supported trans rights in the past.

Ross’ response sparked an uproar on social media, with many lumping him into the category of another “middle-aged, white, UK celebrity” who has expressed no empathy for the trans community, such as JK Rowling and Piers Morgan.

“Who would have guessed that a proven homophobe was also a transphobe,” tweeted one ally, while another wrote: “I mean, can’t say I’m TOO surprised, but still. Just goes to show how shitty the media in my country is towards trans people.”

Although Linehan compared transgender children being treated by doctors to Nazis conducting medical experiments in concentration camps, he had the audacity to claim that he’s not transphobic. We have to laugh.

He said on Ireland’s 98FM: “Anyone calling me transphobic, any time I see that accusation, I say, ‘Please show me the examples of me being transphobic.’ And they can’t. All I’m saying is that this needs to be understood.

“This needs to be talked about, and extremists need to be expelled from this conversation. And by extremists, I mean anyone who tells you you can’t have a conversation.”

Ross has also come under fire in the past for spewing anti-LGBTQ comments. He once suggested that parents should put their male sons up for adoption if they requested a Hannah Montana MP3 player.