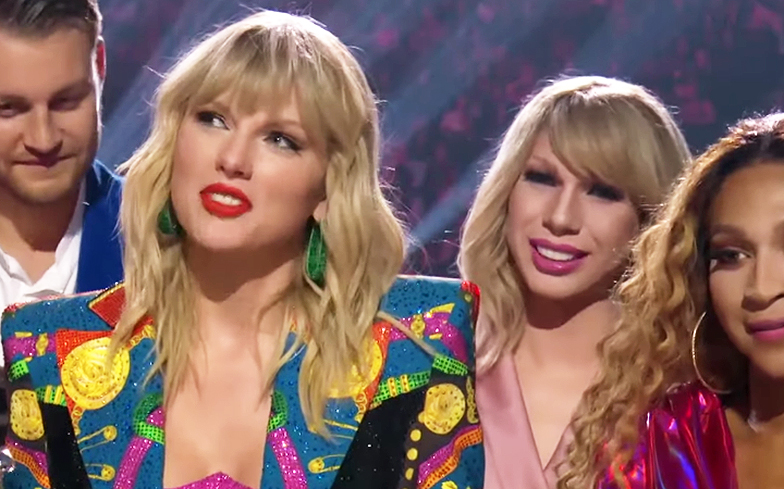 Well, the resemblance is uncanny.

Taylor Swift was one of the biggest success stories at this year’s Video Music Awards ceremony, taking home both the Video For Good and the prestigious Video Of The Year awards for her LGBTQ-celebrating You Need To Calm Down clip.

Carrying on her message of inclusivity, Taylor took to the stage to accept her Video Of The Year award with an entourage of drag queens including Tatianna, Trinity The Tuck and A’Keria C Davenport who all appeared in the music video.

But she almost didn’t get her Video Of The Year award, as Grease legend John Travolta initially went to give the accolade to Drag Race star Jade Jolie – who was dressed up as Taylor – after mistaking her for the American singer-songwriter.

It comes five years after he mistakenly referred to Idina Menzel as ‘Adele Dazeem’ at the Oscars.

Several of Jade’s Drag Race friends commented on the blunder, including Willam who simply said it was “iconic” and Shangela who joked: “Now that’s an illusion! Werq Jade Jolie sis!”

Fans have also been quick to turn the moment into a meme on Twitter.

You can watch Taylor’s full Video Of The Year acceptance speech below.