John Barrowman opens up about wanting to adopt with his husband 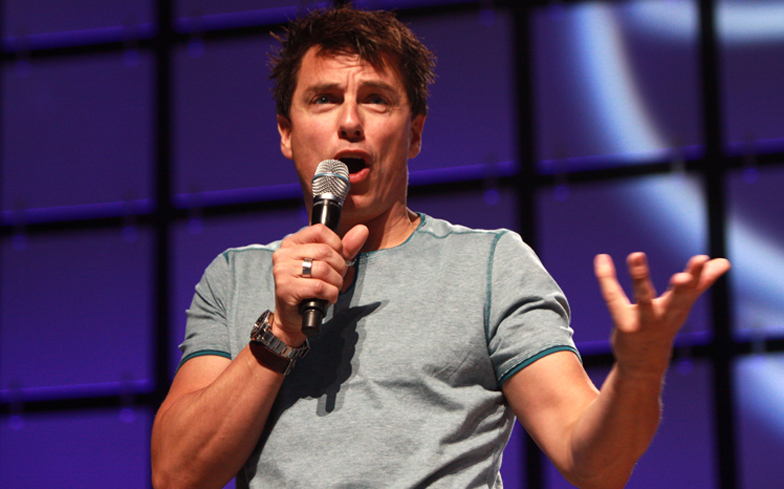 The former Torchwood and Doctor Who star made the admission on I’m a Celebrity… Get Me Out of Here!

John Barrowman has emotionally opened about wanting to start a family through adoption and the obstacles that are in his way. Speaking on I’m a Celebrity… Get Me Out of Here! Barrowman said: “I can’t just go out and buy one at Tesco and bring it home.”

One of the things holding Barrowman back is his partner of 20 years, Scott Gill. “It has to be a partnership thing and I don’t think Scott is ready for it,” he explained.

He also explained that work commitments were also holding him back: “At the moment I’ve got a company that I run with my business partner, and I’m still on Arrow, and I’m travelling all over the place, and it would be unfair to have a child that I would never really see.” Barrowman has had an eventful time in the jungle, including clarifying that he isn’t gender non-binary. Fans started speculating after he said that he wanted both the King of the Jungle and the Queen of the Jungle crowns.

“I make that joke but I am a very big supporter of LGBTQ rights around the world and I talk like that because I feel it’s better that we normalise everything rather make everybody feel different.

“I am a gay man, I identify as a gay man and I like other men and I have no problem saying that—I don’t think anybody should have a problem with saying what they like, who they like or how they like.”

He also clashed with fellow contestant Noel Edmonds after the latter told Barrowman not to “scratch his groin” when speaking to him.

Following the clash, Mirror Online reported Barrowman as saying: “I know he was trying to make a joke and be funny but it didn’t land well with me and for that moment I’m probably being overly sensitive and it’s at this exact time that my husband would say I need a sandwich.

“It’s not his fault and I’m an adult, I know that, it was just that moment and some of us are feeling ‘arhhh’.”