John Barrowman and James Marsters to reunite in Torchwood spin-off 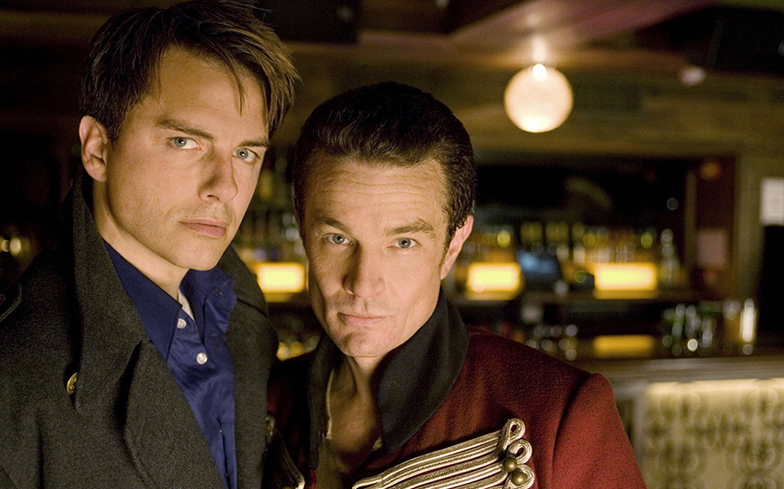 A new spin-off series will reunite two of Torchwood’s most beloved characters.

It’s been announced that John Barrowman and James Marsters, who played lovers and rivals Captain Jack Harkness and Captain John Hart in the BBC series, will be reprising their roles for an upcoming audio drama collection.

Torchwood: The Sins of Captain John, due for release in January 2020, will contain four episodes: The Restored, Escape From Nebazz, Peach Blossom Heights, and Darker Purposes. “Everyone’s favourite blackguard is back and he’s in a lot of trouble. He’s trapped in the ruins of an exploding space station. He’s unleashed a force from beyond that will consume the universe. And he’s running low on snacks.

“Luckily, he has four hours to tell you how he got in this mess. There are zombies, mad scientists, hot tubs, and the talkative head of Oliver Cromwell just won’t shut up. Plus Captain Jack Harkness is on his trail.”

Jack and John first appeared opposite each other in season two of Doctor Who spin-off Torchwood, which aired 11 years ago, where they were revealed to be former partners both professionally and sexually.

“Captain John is this chaotic, disruptive, insubordinate force of nature, completely amoral and unpredictable, so that gave me a lot of freedom,” explains writer David Llewellyn.

“Writing is often a case of knowing when to hold back, when to tread a more subtle line, but with Captain John it’s the complete opposite.

“The stories are also set before the time when Captain Jack meets the Doctor and joins Torchwood so these characters really could go anywhere and do anything.”

Torchwood: The Sins of Captain John is available to pre-order now.