Joesef announces release of brand new EP Does It Make You Feel Good? 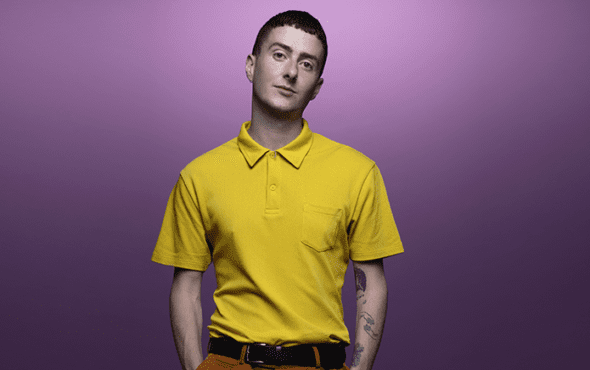 Joesef has announced the release of his brand new EP, Does It Make You Feel Good?

The six-track collection follows in the footsteps of his debut EP, Play Me Something Nice, and will include his acclaimed breezy-pop tunes Think That I Don’t Need Your Love, The Sun Is Up Forever and I Wonder Why featuring Loyle Carner.

It will also include three new songs: Everything Belongs To You, Comedown and the title track.

In a statement, Joesef said the EP “draws a line under a relationship that I’ve written about in Play Me Something Nice,” adding: “If that EP felt more hopeful, this is the end game.”

“The bitterness, and the lies that stem from fading love, to the aftermath of dealing with loss and regret, and finally taking responsibility for my own actions,” he continued.

“I don’t really give much away ever, so it will always make me feel uncomfortable sharing such personal aspects of my life, but maybe if it can help me work some shit out, it could help somebody else too.”

When we spoke to the rising songwriter for Elevate, GAY TIMES’ collaboration with Apple Music to support LGBTQ+ talent, he said he was committed to being open and honest about his sexuality in his songwriting.

“Just be honest – especially with things like that. I’m from a housing estate, and so if any wee boy from there can see himself in me, that can only be a good thing,” he explained. “I never really had any kind of role models like that.

“I’m not saying I’m a role model, but I feel like it’s important to be honest about who you are because you might inspire other people to be honest as well.”

Joesef extensively toured Europe in 2019, and sold out venues such as London’s Oslo and Glasgow’s famous SWG3. He will continue to share his self-described “Sad Boy Summer” anthems across Europe later this year – see dates below.

Does It Make You Feel Good? will be available 9 October on streaming services – pre-save the EP here.