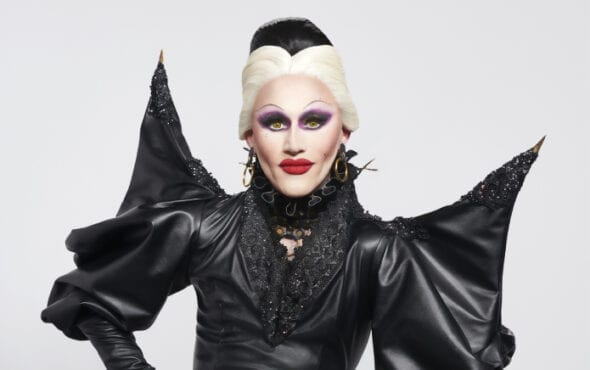 “Us twelve have managed to make a fucking epic season of Drag Race.”

When we asked the star to define the long-awaited season, Joe commended her sisters for making an “inspiring” instalment of Drag Race – despite COVID forcing production to halt filming for seven months.

“There’s been a global pandemic and somehow, us twelve have managed to make a fucking epic season of Drag Race,” Joe explained to GAY TIMES in our exclusive digital cover story.

“I’ve been performing for thirteen years, and I think you should always learn and grow and be inspired and influenced by people, and every single one of them is just so incredible.”

In our interview, Joe – who makes history as the first queen to hail from Brighton (the LGBTQ+ capital of the UK) – said her aim is to show Drag Race viewers that, above all, she’s just a “silly bitch”.

“I love the vintage, the glamorous, the ridiculous, that’s it for me,” she said. “I’m really obsessed with silent movie looks and old Hollywood looks where it’s people looking glamorous, but bordering on grotesque.”

Although Joe has been a prominent fixture in the drag community for over a decade, the performer doesn’t feel pressure to live up to her revered reputation.

“What I feel more is the support, and during the reveal, I saw a lot,” she admitted.

“You can sometimes take for granted what you have and then suddenly, everyone was behind me. I felt like I had the most glamorous cheerleaders. And I think it showed me how much love I had.

“I don’t feel like I’ve got anything to live up to. It’s just reminded me that I’m very, very lucky.”