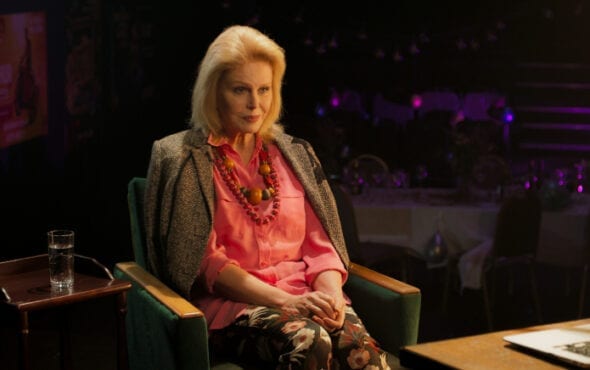 This modern retelling of Oscar Wilde’s classic novel, written by Henry Filloux-Bennett and directed by Tamara Harvey, is available to stream until March 31.

We’re big fans of the theatres that are adapting their content for the lockdown era, and this reinterpretation of The Picture of Dorian Gray ranks among the best we’ve seen. While it is a theatrical production – a joint venture by the Barn Theatre, Lawrence Batley Theatre, New Wolsey Theatre, Oxford Playhouse and Theatr Clwyd – the end product feels much more filmic. It looks and sounds great, with an excellent soundtrack by Harry Smith lending a palpable sense of dread as we move towards the inevitable conclusion.

Playing out in the style of a docudrama, the story is told through a series of interviews with the key players, interspersed with dramatised flashbacks. It feels like a classic whodunnit: set in the present day, we become aware early on that Dorian is already dead, with the remaining 90 minutes used to fill in the blanks of the events of the preceding 12 months. It’s not a pure retelling of Oscar Wilde’s tale, but the events are clearly inspired by the novel.

While in the original Dorian maintains his perfect visage as his portrait ages, here the opposite is true – our protagonist physically wears the scars of his various misdeeds, but they don’t show in photos or videos. His digital self and his social media presence remain completely perfect. In an era where we barely leave the house – or if we do, we’re wearing a mask – and where we socialise almost exclusively online, who wouldn’t be tempted by this prospect?

We’re pleased that this adaptation is explicit about Dorian’s bisexuality. In the book it’s certainly implicit – there is mutual male companionship, lust even – but nothing overt. Here it is evident that Dorian, while having a relationship with a young actress named Sybil, has had previous sexual encounters with men and is referred to as using Grindr to arrange hookups. There are more subtle references too, such as describing the humour of his friends as shady, or his sending green carnations gifts; we appreciated all the clever little touches. The story is brought to life with numerous strong acting performances. Stephen Fry’s role is limited – playing the interviewer, he appears via video-link at key moments – but he’s effective in driving the narrative forward and keeping the pace punchy. Joanna Lumley is superb as the frightfully posh Lady Narborough – whether she’s making withering remarks about former polytechnic universities, or poking fun at the BBC, she’s perfect in this role and provides moments of much-needed humour within this dark and dystopian story.

Fionn Whitehead is strong as Dorian. Initially we didn’t feel that he seemed hungry enough – his portrayal of a bored student trapped in halls didn’t seem to resonate with the sort who would sell his soul for this type of reward – but we enjoyed seeing his character develop. We liked Russell Tovey’s story arc as Basil, who, realising the effects of his actions upon Dorian, sets about trying to make amends with a series of student support videos via his YouTube. Alfred Enoch consistently delights as the smooth-talking Henry and Emma McDonald delivers a powerful performance as Dorian’s love interest Sybil.

This is an excellent retelling of Oscar Wilde’s novel – the all-star cast delight in this dystopian Dorian Gray. It seems entirely fitting that if he were alive today, Dorian would likely be a social media star, obsessed with his own image. It’s not an easy watch – at times it’s quite the opposite – but this is a smart and compelling production which is well worth 90 minutes of your time.