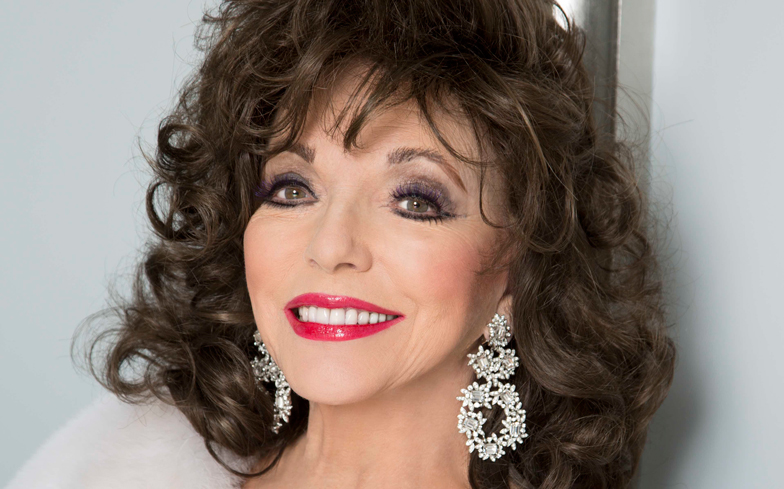 Are you ready for American Horror Story’s return?

It was recently announced that season eight of the hit horror anthology series will be airing in September this year, and to celebrate Dame Joan Collins has shared a photo of herself alongside the rest of the cast.

Joan, who’ll be making her American Horror Story debut in the upcoming season, will play the “glamorous” grandmother to Evan Peters’ character, who’s been described as a ‘comedic hair stylist’.

“Lovely to meet and break bread with the cast of [American Horror Story]… including Casper the Friendly Ghost,” she wrote on Instagram.

While the ghost emoji in the photo may seem like a simple reference to the show’s affliction for the undead, Cheyenne later shared his own photo from the group meeting, which also features some suspiciously large emoji placed in the same corner.

Now, fans are convinced there’s a secret member of the cast that we haven’t been told about.

Some have suggested the hidden person could be Evan Peters or Emma Roberts, who have both been confirmed to return, although the secretive nature of the emoji placement suggests that it’s more likely to be a currently unannounced star.

Of course, the American Horror Story legend we all want to see return is Jessica Lange, who stole the limelight for the first four seasons before making her devastating departure from the show, but we don’t want to get our hopes up too soon…

Show creator Ryan Murphy recently confirmed that the upcoming eighth season of American Horror Story will be the much-rumoured crossover between Murder House (season one) and Coven (season three).

While we’re not sure which characters will be returning, especially as the recurring cast played different characters across both seasons, we do know that Madison Montgomery, portrayed by Emma Roberts, will for sure be returning.