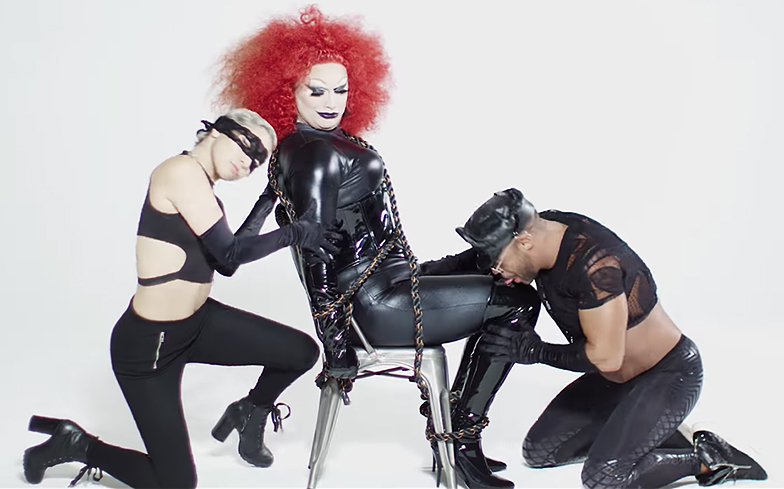 And she’s not sorry…

For her latest music video She Evil, RuPaul’s Drag Race season five winner Jinkx Monsoon is serving pop culture references on a platter, as she channels the one true Queen of Pop – Madonna, duh – at her most controversial.

Half of the new video sees the iconic queen in black latex alongside dancers in bondage gear, paying homage to Madge’s boundary-breaking Human Nature clip, while the other half sees her recreate the camp frivolity of 80s rock group The B-52s.

But that’s not all, as the song actually features a cameo from the band’s frontman Fred Schneider – trust us, you’ll recognise that voice when you hear it. There’s also some references to Azealia Banks’ 212 thrown in there for good measure.

Speaking to Billboard about the video’s Human Nature references, Jinkx said: “I just loved that music video so much because it’s such a celebration of her femininity and her sexuality. I thought it was so powerful.”

She Evil is the third single to be released from Jinkx’s latest album The Ginger Snapped.

Watch the bonkers video below.