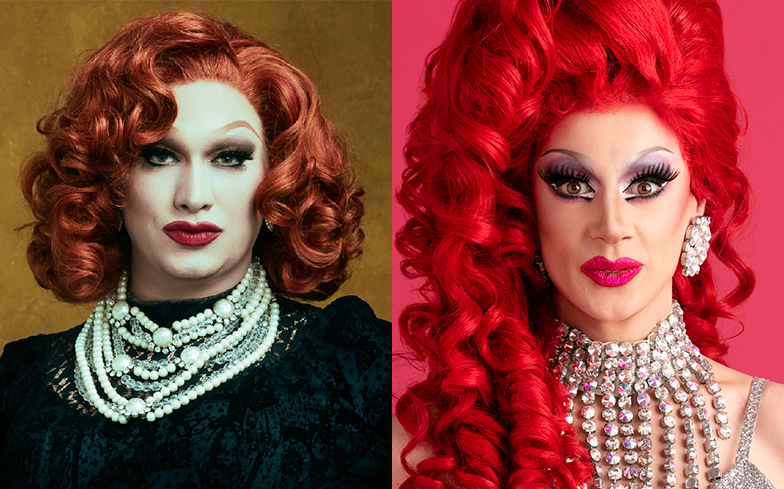 Battle of the redheads?

Jinkx Monsoon has revealed that she would make a comeback on RuPaul’s Drag Race if the series spawned a US vs UK spin-off.

Last night on Twitter, the legendary queen – who won the fifth season of the Emmy-winning series back in 2012 – wrote: “Just dreamt about Drag Race: US vs UK. If it happens, I’m in.” It sent fans – and us – into meltdown mode.

When we proposed the idea to Michelle Visage in her first interview for the British spin-off, she told us: “That would be really fun, our queens verses the queens that are on Drag Race UK. It could be really interesting, the aesthetic wars.”

Considering we’ve had four seasons of All Stars (with a fifth on the way), a Christmas special, Drag Race Thailand, Drag Race UK and an upcoming Canadian spin-off, a UK vs US season seems like a real possibility.

The penultimate episode of RuPaul’s Drag Race UK airs tonight in the UK at 8pm on BBC Three.

This week, the top four will give their loved ones a drag makeover. BAFTA-winning Chewing Gum star Michaela Coel will make her judging panel debut, while Alan Carr will return after a two-week absence.

The remaining queens competing for the title of the UK’s first drag superstar are as follows: Baga Chipz, Cheryl Hole, Divina De Campo and The Vivienne. Who would you like to see make the final three?