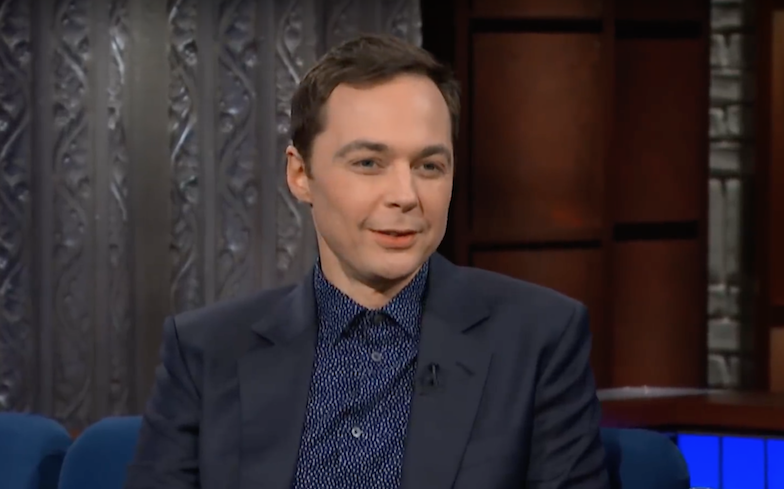 “How many straight rom-coms do we need?”

The Big Bang Theory star Jim Parsons talked about the importance of gay representation in the movie industry during an interview with Stephen Colbert.

The Emmy winner – who plays Sheldon Cooper on the award-winning sitcom – stopped by The Late Show to discuss his role in the upcoming revival of The Boys in the Band, which also stars Matt Bomer,  Zachary Quinto, Charlie Carver and Andrew Rannells.

While there, he praised the acclaimed teen film, Love, Simon, and slammed critics who claimed it was “too late” for a gay rom-com.

He added: “And I thought, ‘Maybe if you’re a 30-something writer living in New York or LA it may be like ‘I don’t need to see this’, obviously. But, I don’t know, I think there are people in many other places that, yes you do still need to see it.”

Parsons then commented on the lack of complaints in regards to straight rom-coms.

“Never mind the fact they’re saying ‘a gay rom-com – it’s too late.’ Tell that to When Harry Met Sally, you know, which was brilliant, but I’m saying, ‘How many straight rom-coms do we need? When is it too late for them?’,” he said.

“You know, here’s nothing wrong with them. They’re fine. They are lovely. And I love When Harry Met Sally, I don’t know. Let me get sick of too many gay rom-coms thank you very much. Bring it on. We’ll see.”

You can watch the American actor in the Broadway production of The Boys in the Band until 11 August at the Booth Theatre.

The Boys in the Band also had a stellar run in London’s West End last year, and remains one of the most important pieces of LGBT+ theatre.

“We’ve come so far in the last five years, and yet there’s been this explosion of backward and harmful thinking and political ideology that’s swept our country,” said Quinto.

Original playwright, Matt Crowley, added: “We have to be reminded of how our freedom didn’t always exist. We can’t lose it.”

Watch the cast discuss its legacy below: