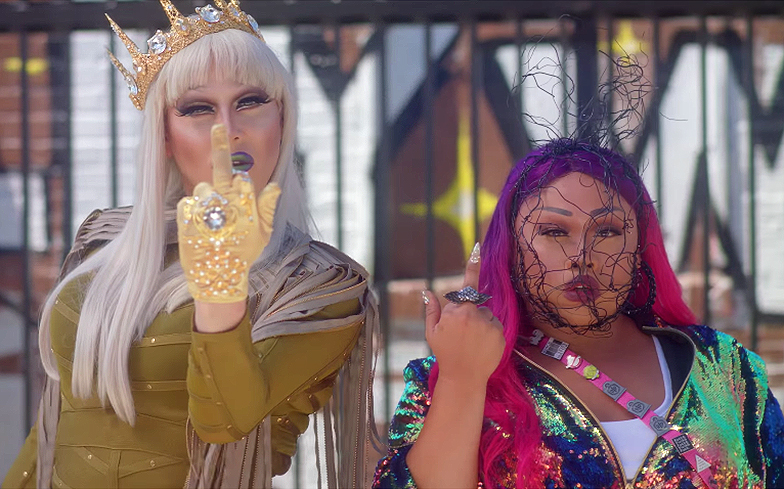 The sickening queens, who both appeared on season four of RuPaul’s Drag Race, have joined forces for a brand new song called I Don’t Give A Fuck, and it’s as fierce and high-energy as you’d expect.

“You don’t pay my bills, you don’t wine and dine, you don’t pound me out, so don’t judge my life,” raps Jiggly, as she reminds her haters that she really doesn’t care about their negative opinions.

It’s clear that Jiggly’s come a long way since her Drag Race days – she’s serving looks upon looks, henny – while Sharon continues to show off her versatility with three glam outfits and her very own rap verse.

Basically, we’re here for all of this.

Watch the video for I Don’t Give A Fuck below.

I Don’t Give A Fuck is the second track to be released from Jiggly’s debut album T.H.O.T. Process, following first single Fckboi which came out earlier this month.

The album, which is available on iTunes now, also features appearances from fellow Drag Race queens Peppermint, Alaska, Ginger Minj, Phi Phi O’Hara and Manila Luzon, and even has an intro from RuPaul.

Related: This is who Drag Race fans want to win All Stars 3