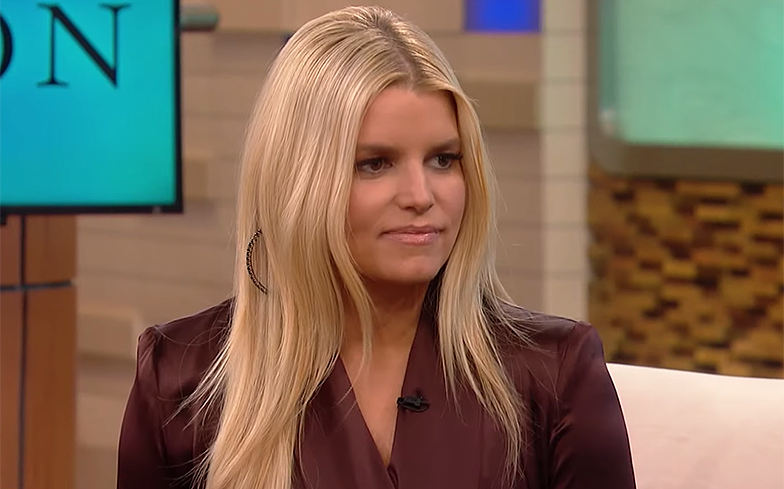 Jessica Simpson has revealed that she was sexually abused as a child.

In her new memoir, Open Book, the singer and actress detailed how she was sexually molested from the ages of six until 12 by the daughter of a family friend who was a year older than her.

In a new interview with Dr. Mehmet Oz on Dr. Oz Show, Simpson expanded on this further, revealing that her former best friend who she confided in about the abuse told everyone at her high school, resulting in them calling her a “lesbian”.

“By the time I was in junior high I had told one of my best friends the story, and the whole school said that I was a lesbian,” she said, before admitting: “And at that time I didn’t even know what that word meant.

“I would cheer at a game and the cheerleaders. I was the head cheerleader and I dropped out. I will never be a cheerleader again because these girls went over to the other team and told them and everybody started chanting ‘lesbian’ and I ran out.”

Simpson continued: “I did experience a lot of bullying and I handled it with grace because I had already done that as a child. I just prayed for all the people who were saying mean things because I wanted God to put love in their hearts.”

In Simpson’s book, she says the abuse started when the two shared a bed during family get-togethers. She later had to protect her younger sister Ashlee from the same abuse when she began sleeping with them.

“After lights out, I would feel her hands on me,” Jessica wrote. “It would start with tickling my back and then going into things that were extremely uncomfortable. The second time she abused me, it was during spring visit and Ashlee was also in the bed.

“I lay between them, fiercely protecting my sister from this monster. I didn’t want her to feel as disgusting as I felt. For six years, I was abused by this girl during our family’s visits, which happened three times a year. Eventually it wasn’t just at nighttime.

“She would get me to go into a closet with her, or just find a way to linger until we were alone. It got to the point that she would sneak into the bathroom to watch me shower. I did not know how to get away from her.”

After Jessica told her parents age 12, her mother “slapped my father’s arm with the back of her hand” and shouted at him, ‘I told you something was happening.’ They never stayed at their house again and her parents never discussed it further.

Watch Jessica Simpson discuss her past trauma with Dr. Mehmet Oz below.