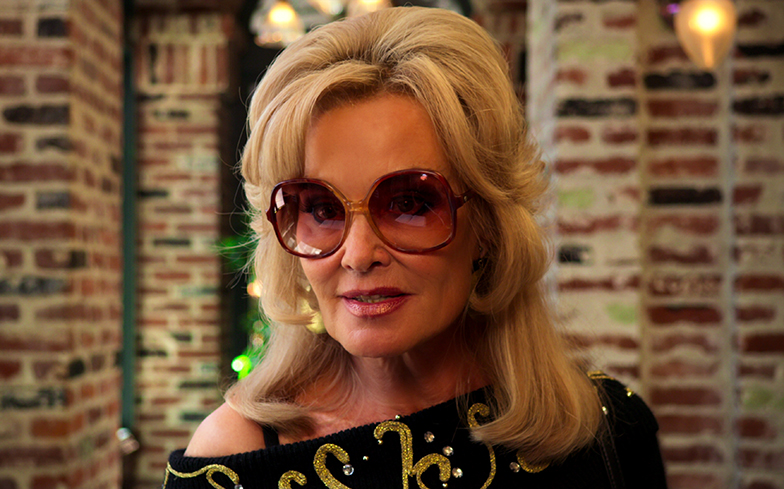 After all, who could forget her already-iconic scene where she defined the gay agenda with one simple sentence: “That’s what gays do: munch butts and celebrate Halloween.”

So we know it’s only a matter of time before drag queens begin impersonating Dusty, and Jessica herself has given NewNowNext her best advice on how to get the Karen Black-inspired lewk down.

“It’s not an easy look! That’s the advice I would give. It takes a while to get it. And it’s not entirely comfortable,” she explained.

“I had to try to look 15 years younger because one of the plot points is that I had my daughter when I was very young, and she follows the same path, and has a child when she was a teenager.

The Politician stars Ben Platt as Payton Hobart, a wealthy student from California who is determined to become the President of the United States. First, he has to navigate “the most treacherous political landscape of all: Saint Sebastian High School”.

To celebrate its release, we spoke to Theo Germaine and Laura Dreyfuss about their roles in the show.