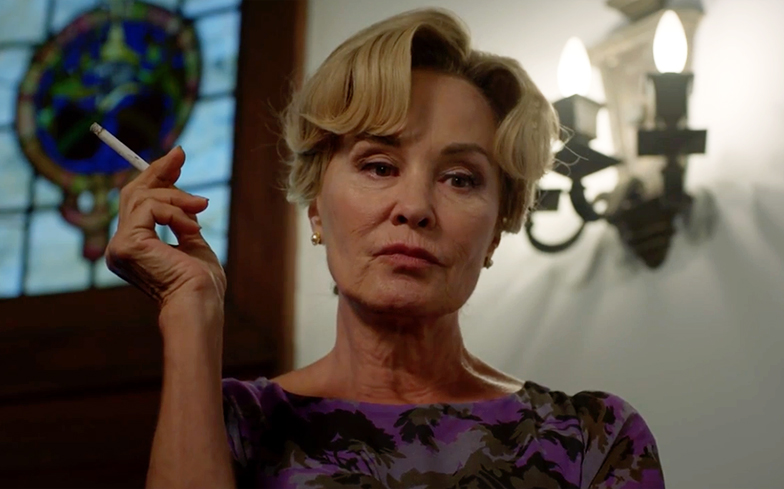 Jessica Lange has made her long-awaited return to American Horror Story.

The legendary actress has been absent from the hit anthology series since her final appearance in season four (Freak Show), and while subsequent seasons have tried their best to make up for the loss, the show has never felt quite the same.

But that all changed during this week’s episode of American Horror Story: Apocalypse, as Jessica made a comeback as the very first character she played on the show, Constance Langdon – and she brought the whole Murder House along for the ride. When they arrive, it doesn’t take long for the ghosts that haunt the building to show their faces, including more than a few familiar characters from way back in season one of the show. So how does Constance fit into all this? Well, when Madison and Behold Chablis begin encountering some of the more menacing residents of the house, psychic to the stars Billie Dean Howard (Sarah Paulson) makes an appearance to try and intervene.

Yes, that’s another character for Sarah Paulson to sink her teeth into. Oh, and she also directed the episode. Is there anything she can’t do? “So you’re like a shitty Miss Cleo?” bites a scathing Madison. But before the three of them can get properly acquainted, the woman of the hour, Constance Langdon (Jessica Lange), makes her already-iconic introduction from the top of the staircase.

“Now who do you think you are coming in here swanning around and spewing vulgarities?” she asks.

“We’re the new owners,” replies Madison. “Who are you?”

“I’m Constance Langdon,” she replies, “and this is my fucking house.” The rest of the episode sees Jessica ham it up to the max with her excellent dialogue – “I don’t spill a drop of T for free kiddos,” she proclaims at one point – before sharing the back story of Michael Langdon and how he ended up becoming a cold-blooded killer.

Speaking to The Wrap, actress and director(!) Sarah Paulson said that it didn’t take much convincing to get Jessica to come back to the show, despite her absence over the last four years.

“I mean, I think the truth is Jessica has played four extraordinary characters on this show, and Constance was the beginning, and it was a character that was close to her heart,” she said.

“So I don’t think it took much convincing to get her back here for that. I think it was her love of the character, the connection to that character that drew her back.

“And hopefully it didn’t hurt when he said to her, ‘Sarah is gonna direct it.’ You know, it didn’t make her say no or anything. She still did it.”