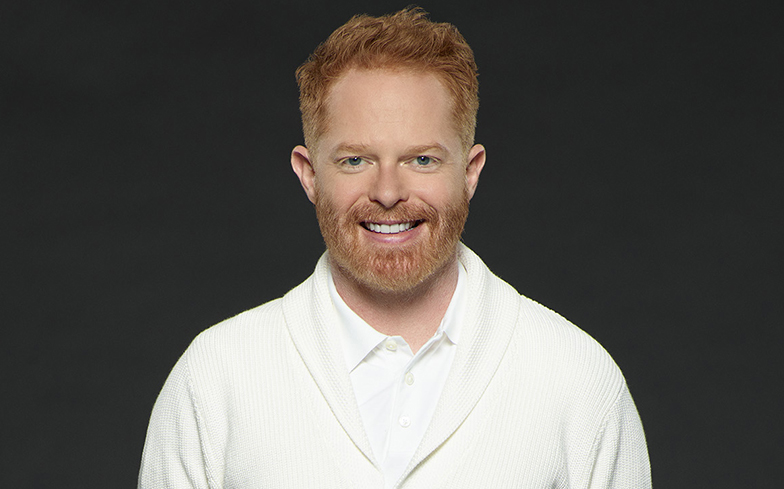 Try to read this without cringing…

As Mitchell Pritchett on hit comedy series Modern Family, Jesse Tyler Ferguson has faced many embarrassing moments, but we think the actor’s real life coming out story tops pretty much all of them.

Jesse explained that when he was a freshman in high school, he’d go to his local bookstore and hide adult magazines in ‘more reputable’ publications before slipping them both under his shirt and sneaking out.

But when he decided to visit a new book store with more advanced metal detectors, his handiwork came to an abrupt end.

“The alarm system went off an one of the people came over to me and asked if I had anything, and I shamefully showed them the magazines under my shirt. They took me to a back room and then a police officer came and arrested me,” he recalled.

“My mom and dad had to come to the store, and they showed them the ‘nature’ of the material that I was stealing, and that’s sort of how I came out. I find it funny now in retrospect, but at the time it was incredibly traumatising.

“Especially hearing that phrase ‘the nature of the material’ I was stealing, it felt so dirty, and to have a person of the law say ’This is a shameful thing you’ve done’ was really traumatising.”

Jesse went on to explain how it took his father many years to accept his sexuality, and he had to come out to him multiple times before he would consider him gay, but that things eventually got better.

“When I first came out, I never imagined marriage for myself, or having that long-term commitment called marriage. [But] I’m now married, I’m very happily married, and I love my husband,” he said.

“My father, who had such a hard time accepting my sexuality, danced at my wedding very happily. So for my father that process and that growth is human nature, and I’m really happy we’re on the other side of it now.”