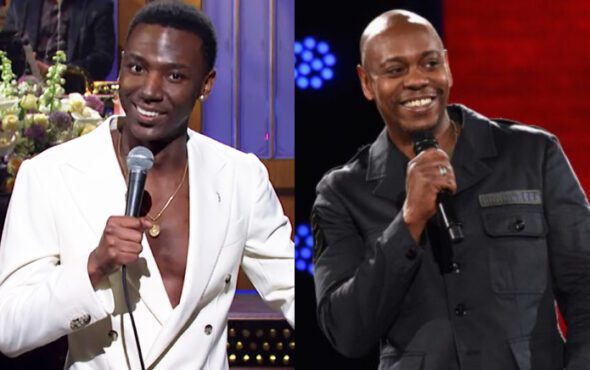 Back in October 2021, Netflix released Chappelle’s comedy special, The Closer. Throughout the feature, the 48-year-old made an array of harmful remarks about the trans community.

Over the last few months, numerous celebrities have called out the entertainer and Netflix for the special including Jonathan Van Ness, Dan Levy, Elliot Page, Billy Eichner and most recently Carmichael.

In a new interview with GQ, The Carmichael Show star said Chappelle’s anti-trans rhetoric was “an odd hill to die on.”

“Chappelle, do you know what comes up when you Google your name, bro? That’s the legacy? Your legacy is a bunch of opinions on trans s**t? It’s an odd hill to die on.

Towards the end interview, Carmichael revealed that he doesn’t believe in “cancel culture” due to its fickle nature.

“Look, I get it. Everybody’s got to create a boogeyman to sell tickets. But it’s not true,” he said.

“Who’s getting cancelled for what they’ve said? What does that mean, that people are mad on Twitter? Everybody’s fine. These grown men are fine.

“I think, a lot of times, people who offer nothing truthful or meaningful about themselves then complain about society at large and create this boogeyman. It’s like, listen, that’s the most urgent thing in your life? God bless you.”