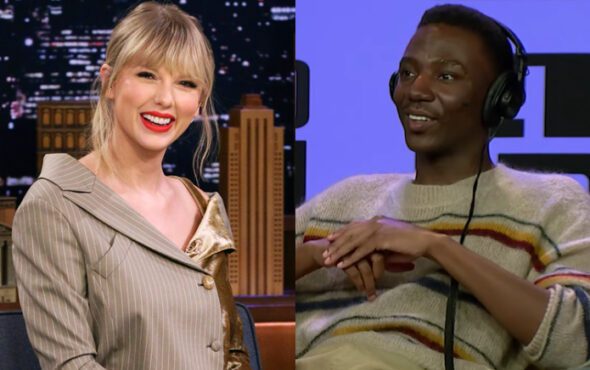 Openly gay comedian Jerrod Carmichael has opened up about his love life – and pop icon Taylor Swift is involved.

Back in April, the 35-year-old publicly came out as gay in his critically acclaimed HBO special Rothaniel.

“After that was out in the open, I was left alone feeling like a liar, because I had a secret,” he told the crowd. “One that I kept from my father, my mother, my family, my friends, and you. Professionally, personally. And the secret is that I’m gay.”

Since the release of Rothaniel, Carmichael has steadily opened up about his life post-coming out.

During a recent stop on the Howard Stern Show, the Ferdinand actor was asked if he found love, to which the comedian responded: “No, not yet.”

“I’m tempted to set you up. I have some people in mind that I think you would be good with,” Stern added.

But even though Carmichael has yet to find the one, he did reveal that he’s putting himself out there with the help of Miss Taylor Swift.

“You said in an interview somewhere that you were at a party once, and you got Taylor Swift’s number?” Stern asked.

Carmichael then described the pop star as “very, very sweet” before revealing that he got a picture with her at Lena Dunham’s wedding.

“It’s a picture of me and Taylor I use on my Grindr profile now,” the Neighbors 2 star said.

“I’ll send it to guys. You really want to excite the gays in New York City? Send a picture of you and Taylor Swift.”

Alongside his picture with the All Too Well singer, Carmichael also revealed that his SNL pics help him land dates as well.

“I started using the good [pics]. I got these SNL promo pics, let me use it on Grindr, bro. Resources,” he said.

Elsewhere in the interview, Stern asked the comedian if he found Timothée Chalamet attractive, to which Carmichael exclaimed: “Who isn’t?!”

“That’s the thing, he knows that he’s wearing a f**king harness – him and Harry Styles are dangerous,” he said.