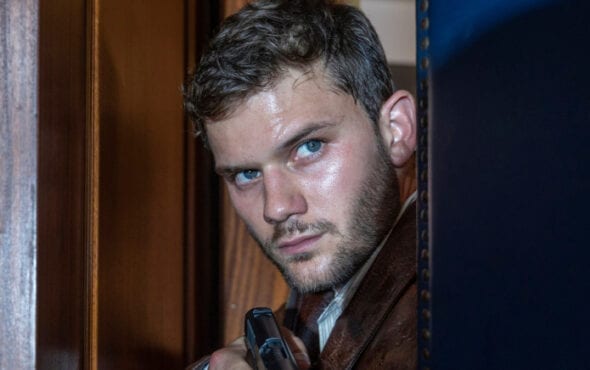 According to reports, the British actor will play Alan Scott, the first character to bear the title of Green Lantern.

Created by Martin Nodell in 1940, Scott battles the forces of darkness with the aid of a magic ring that grants him various supernatural powers such as flight, mystical tracking, green light projection and generation of hard-light constructs.

When the character was reintroduced back in 2012, Scott came out as gay; ushering a new wave of inclusivity for DC comics in the process. He has since become one of the most notable gay superheroes in the world of comics.

The character will be reimagined for the HBO Max series as a closeted federal agent in 1941.

Sarah Aubrey, Head of Original Content at the streamer, confirmed in an interview earlier this year that the series take place over a “span several decades and focus on two stories about Green Lanterns on Earth.”

Irvine joins American Horror Story alum Finn Wittrock, who has been confirmed to take on the role of Guy Gardner. In the comics, Gardner is usually associated with the Green Lantern Cops and Justice League.

Wittrock’s character is described as a “hulking mass of masculinity, and, as rendered in the comics, an embodiment of 1980’s hyper-patriotism.”

Irvine rose to fame in 2011 as the lead in Steven Spielberg’s epic war film War Horse. He has since starred in films such as Great Expectations, The Woman in Black: Angel of Death, Stonewall and Mamma Mia! Here We Go Again.

The star also led the action series Treadstone, which was based in the same universe as the Bourne franchise. It was cancelled after one season.

HBO Max has ordered 10 one-hour episodes of Green Lantern, which is co-written and executive produced by Greg Berlanti, Marc Guggenheim and Seth Grahame-Smith, the latter of which will serve as showrunner.

Berlanti Productions will produce in association with Warner Bros. Television.