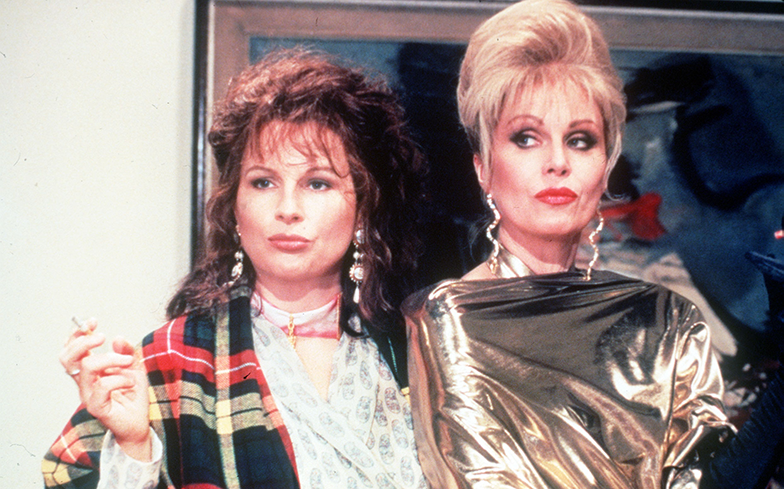 “I am thinking at the moment of writing a little something.”

Jennifer Saunders is thinking of bringing back Absolutely Fabulous for another run.

During an appearance at Cheltenham Literature Festival, the Emmy Award winning comedian admitted the series is “always on her mind”, and said – to the elation of the whole Gay Times office: “I am thinking at the moment of writing a little something.”

She then joked that the revival would have to be “age-appropriate” because the characters would “be in wheelchairs”.

Jennifer added: “I think Julia [Sawalha who plays her on-screen daughter Saffy] is old enough to be my mother now.”

In 2016, Jennifer dashed all hopes of a series revival after telling Daily Mail: “‘I’m not doing anything more with Ab Fab. That’s it. That. Is. It. I can’t see the point of doing anything else with it, really.

“Hmm, yes. It just takes so long. There’s lots of other stuff I’d like to do. Plus I’d like to spend time with my grandchildren.

“So, if I did Ab Fab as well that would just stop me doing anything new, or thinking of any other ideas or having a different job or whatever.”

So Jennifer, what is the truth? We think we speak on behalf of everyone when we say: GIVE US ANYTHING.

The series spawned a feature film, which was released in 2016 to highly positive reviews. Watch the trailer below.