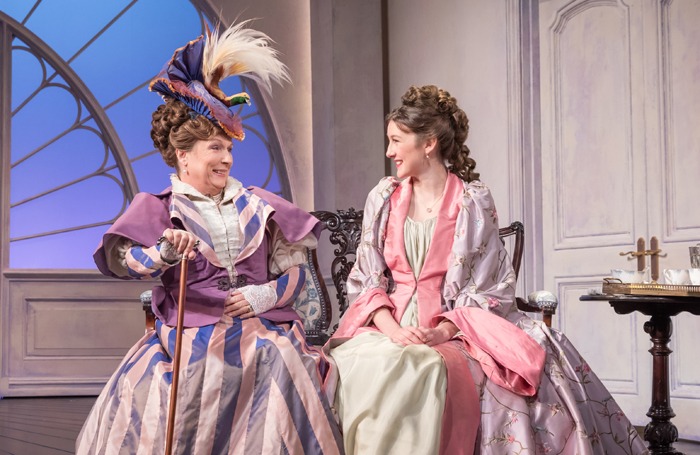 An Oscar Wilde classic comedy directed by Kathy Burke and starring Jennifer Saunders – could we get anything greater than this?

Well maybe not as the play serves up quite the treat with some of the best in the business at the helm. And, as expected, the Absolutely Fabulous star is every inch the comedy genius throughout.

Kathy Burke’s direction is humorous and funny while still being almost understated at times. There’s nothing painfully loud and exaggerated from this collective of comedic giants. It’s comedy, but it’s polite comedy and something a little quieter than we first expected, much to our enjoyment.

Pursed lips and pounding around the stage as the painfully interfering Duchess of Berwick, Jennifer Saunders delivers us as serious case of diva as we laugh our way all through the evening. Throwing hate into the mind of Lady Windermere, there’s many occasions in which the Duchess of Berwick certainly loves the sound of her own voice, and Jennifer is happy to go along with – to great success.

However, Jennifer’s standout moment comes during the second half that finds her singing live on stage and throwing around a fan… literally. Who knew a song about fanning could be so funny?

Paul Wills’ sets and costumes match the period piece ideally – framing Kevin Bishop’s Lord Darlington in particular well. However, Samantha Spiro’s Mrs Erlynne remains the standout of the piece. Bursting with heart and bellowing across the stage with Oscar Wilde’s punchy dialogue, her emotive tale with Grace Molony keeping the audience gripped, if not a little moved come the close of act two.