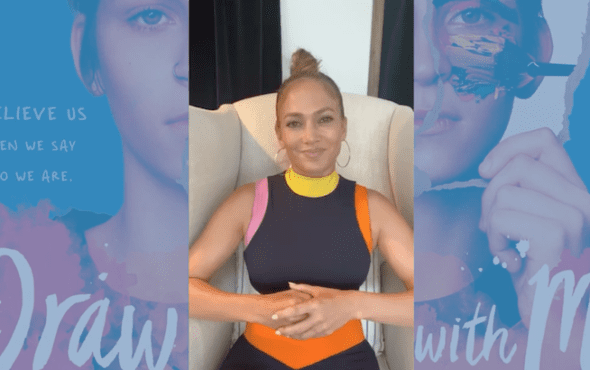 Jennifer Lopez has shared a teaser for a new short film that is “very close” to her heart.

Written and directed by Constantine Venetopoulos, Draw With Me will document Brendon Scholl’s story of coming out to their family as transgender and how they use art as an outlet.

“Draw With Me is a short film about a transgender youth and their journey of coming out to their family and also engaging in their art to help them cope with the feelings they were having during this time,” Lopez explained on Instagram.

“The film is important and timely in its story and message and can have a huge impact on those of us who watch and experience what Brendon and their family is going through in this time of acceptance and admission.”

Lopez said the story is “very close to my heart because it was a family affair,” and that it’s “about accepting change and challenges with love and knowing that when we do, anything’s possible.”

She then introduced Brendon as her “nibling,” a gender-neutral term used as an alternate to niece or nephew.

In the short video, Brendon – who uses they/them/their pronouns –  admits: “It was in eighth grade when I finally felt comfortable with saying that I’m trans.” 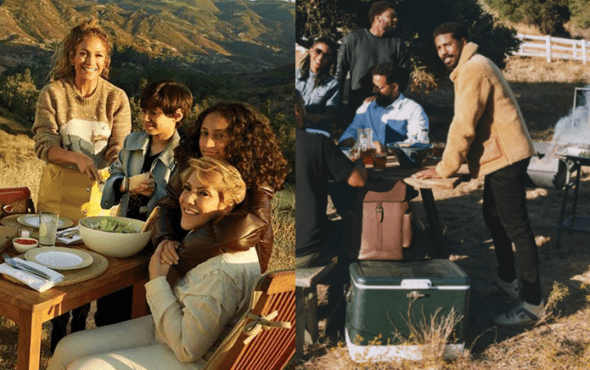 They came out to their parents, Leslie Lopez and Rob Scholl, after their mother found a binder – which is used to help reduce the appearance of breasts – in their laundry basket.

“My child’s told me, ‘When I look in the mirror I don’t feel comfortable in the body that I’m in.’ I mean, a lot of people can’t understand that,” Leslie says in the clip. “It does cause a strain, between the parents.

“It caused a strain between me and Brendon. We had some knockdown drag-outs.”

Brendon adds: “I spent a lot of nights crying, because I was so terrified of like what my life would be like… art gave me an outlet for the things that I couldn’t say out loud but things that I needed to get out of my system.”

The film also reveals that Brendon attempted to take their own life as their family struggled to come to terms with their gender identity.

“When it finally hit me, like, ‘Oh my god, my kid just tried to kill themselves’, it just hit me,” continues Leslie. “When you finally get to the acceptance part, then you realise it’s not about you. You know, this is about my child.”

Draw With Me will debut at film festivals and VOD later this year.