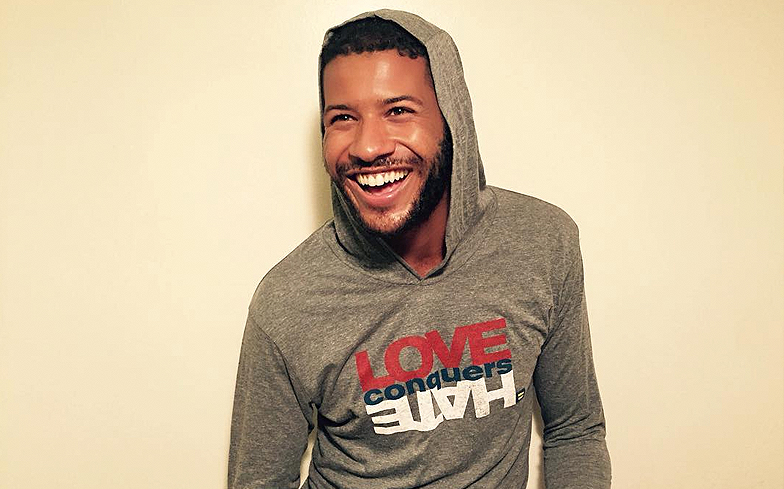 If you’ve been watching RuPaul’s Drag Race All Stars 3 this year, you’ll know that one of the stand-out episodes was The Bitchelor.

The incredibly pretty Jeffrey Bowyer-Chapman guest starred as a contestant on a parody version of The Bachelor, as the queens were each given a role to try win his affection. It was comedy gold.

Jeffrey currently stars in Emmy-nominated drama UnREAL, which focuses on the behind-the-scenes going-ons of Everlasting – a reality show in the same vein as The Bachelor.

Although he was originally cast to be a womaniser on the show, producers quickly realised that Jeffrey didn’t suit that role.

“I knew 10 years ago that I primarily wanted to play queer characters,” he told OUT in a new interview. “The few times I played straight it was just so obvious how uncomfortable I was making the producers.”

Now he’s an openly gay actor in Hollywood, he wants to use his platform to amplify his voice in support of LGBTQ people of colour – especially in Tinsel Town.

“There were so many queer black bodies in the industry that didn’t feel safe coming out and being themselves for fear of physical safety or abandonment,” he said.

“They were living in a state of self-protection. That hasn’t been studied enough, but it’s time we started documenting it. And living openly.”

Last year, Jeffrey helped create a scholarship at Los Angeles-based acting school BGB, which offers an LGBTQ person of colour an eight-week course to help them break into an industry where they are currently sorely underrepresented.

What’s more, the actor recently launched his brand new podcast JBC Presents: Conversations with ‘Others’, which explores the idea of ‘otherness’.

Empire actor Jussie Smollett and Drag Race judge Michelle Visage are among the first guests to feature on the new series, which you can stream here.