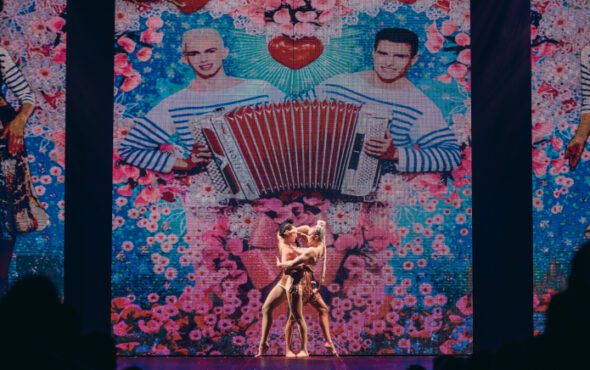 We caught the fabulous Fashion Freak Show at the Southbank Centre back in 2019 when it made its London debut, following an acclaimed premiere at Folies Bergère in Paris. After a two-year break we’re delighted it’s back to light up the London stage once more, this time with a new home at the iconic Roundhouse in Camden. We’re told the production has been re-imagined and re-staged for this venue and now incorporates a catwalk – we can’t wait to see how that turns out!

More a cabaret review than a straightforward theatre show, this autobiographical piece brings 50 years of pop culture history to life through the eyes of fashion’s enfant terrible. It’s every inch as eccentric, scandalous, provocative, exuberant, and funny as you want it to be, and boasts a brilliant soundtrack absolutely full of bops, from Disco to Funk, from Pop to Rock and New Wave and Punk – this is not one to be missed.

Jean Paul Gaultier said: “I’m so thrilled that my Fashion Freak Show will be returning to London to take up residence at the Roundhouse. After a two-year hiatus, I cannot think of a better place to celebrate the return of the show than my favourite city. London is dear to my heart and has always been a constant source of inspiration.

“I have been coming here since my youth and have been greatly influenced by British music, theatre and cinema throughout my career from ‘The Rocky Horror Show’ through Punk and New Wave – and I keep coming back. I hope that audiences will enjoy the show as much as I did creating it.”