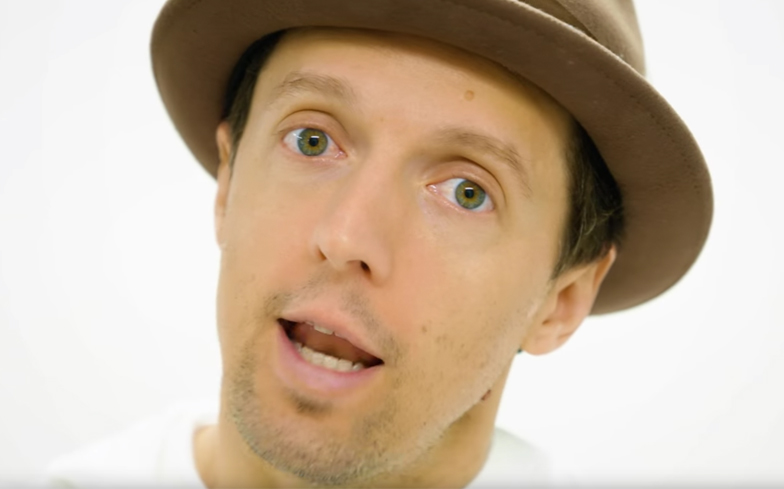 To celebrate Pride Month, a number of prominent musicians and personalities wrote a love letter to the LGBTQ community for Billboard.

American singer-songwriter Jason Mraz – whose biggest hit I’m Yours you’ve heard covered on talent shows more times than you can remember – is one of the notable figures to contribute a piece, but his short poem has got fans speculating that it could be his official coming out.

Here are the lines in question:

We still have a long way to go
But know
I am bi your side.
All ways.

It’s very clear from the use of “bi” instead of “by” that Jason is hinting at his coming out, but his followers also pointed out that “all ways” instead of “always” was a second way of saying he goes all ways sexually.

Jason is currently married to his wife Tristan Prettyman, but has always been publicly open about his sexuality.

Back in 2005 he admitted that he had the potential to have a romantic relationship with a man, but hadn’t yet pursued it sexually – even if an experience with a friend almost led him there.

“I had a gay friend I was hanging out with just about everyday. We were basically best friends. It took me about three months before I realized, ‘Oh my god, we’re dating.'” he told Genre magazine.

“It wasn’t until we were out for dinner on Valentine’s Day that I realized we both we’re having a very romantic time together.

He added: “I have a bisexually open mind, but I have never been in a sexual relationship with a man. If the right one came along, then sure.”

Even earlier this year during an interview with Pride Source he addressed his sexual fluidity.

Asked if it’s the label he dislikes, he replied: “Were we to live in a society that was equal those labels wouldn’t really exist or matter except maybe at the DMV or someplace where, for some reason, you have to put down gender, race or age. I don’t get it. I don’t get why sexuality has to be such a big deal.

“You know, I’ve been invited by couples to join them and I’m really turned on by that. (Laughs) I’ve never taken them up on it, though.”

So there you have it: fans may have just discovered that Jason Mraz has possibly come out as bisexual, but he’s been a visible role model when it comes to openly and honestly discussing male sexual fluidity for more than a decade.