Jaremi Carey confirms retirement of Phi Phi O’Hara name, but will continue to do drag 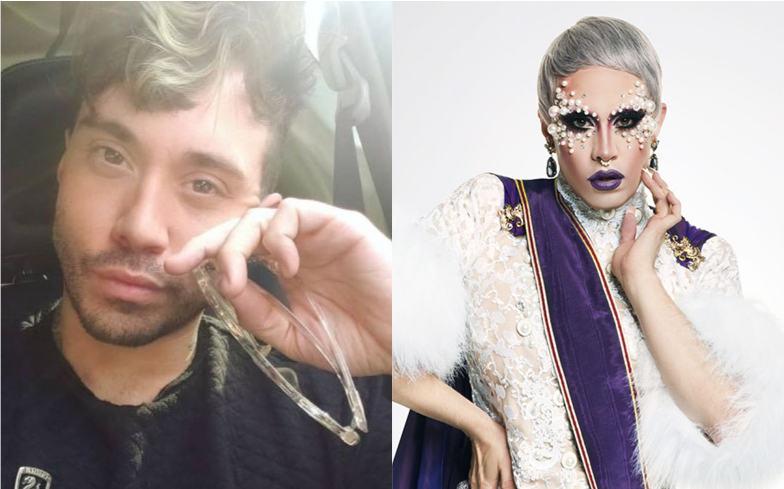 Jaremi said he had wanted to stop performing in drag “for years.”

Jaremi Carey, who created the drag persona Phi Phi O’Hara, has confirmed that the character will soon be retired, potentially by the end of the year.

Making the announcement on social media, Jaremi wrote: “I’ve been wanting to stop performing in drag for years now. When my hobby became a job… it kind of killed it for me.

“I love the response and reaction I get for creating amazing pieces and characters and with drag becoming mainstream it has created a pool of ‘experts’ who have no experience in the art than entering their Netflix login and imo soured the fun for me.

“Many who won’t understand will use the excuse ‘well gurl… that is the nature of the beast with anything.’ To that I say true, but unlike sheep I refuse [to] just follow or continue to put myself in situations where I don’t enjoy the good and bad.

“If I want to do something, I want to be able to happily accept the good and bad. I get to choose that, no one else.”

Addressing his future and whether he’d continue in drag, just not as Phi Phi, he said: “I don’t plan on stopping drag…I will continue to create and ONLY attend LARGE tours or conventions in drag which will be announced when those are scheduled.

“But as far as performing at bars, brunches or events of similar caliber, I will be stopping all together soon. I haven’t decided when exactly but so far the plan is 2020 will be the last year, maybe sooner.

“Phi Phi has never been real… always a character because ‘Jaremi’ at the time wouldn’t work for my drag name when I started. Phi Phi has been a great vessel for my art to come alive in but at the end of the day, I realized I never needed her to show my art.

“I’m honored to have been able to create and give life to such a powerful character that it has become hard for people to separate sometimes as if she holds the power to what I do.

“My art will continue, my creations will continue and my passion for entertaining will stay here and ALWAYS be fierce, but under my given name Jaremi is the artist, I’m here and not leaving the Phi Phi name will be exiting shortly.”

Jaremi competed on Season 4 and All Stars 2 as Phi Phi O’Hara, and both times got the villain edit, memorably clashing with queens like Sharon Needles and Alyssa Edwards. Despite both seasons airing years ago, people still harass him on a daily basis over the clashes.

Last October, he slayed Instagram with a series of incredible Harry Potter transformations from Dolores Umbridge to Moaning Myrtle to Peter Pettigrew and many many more.

And like all of us under lockdown, he’s been discovering the joy of Animal Crossing and hosts and streams fashion runways over on his island.